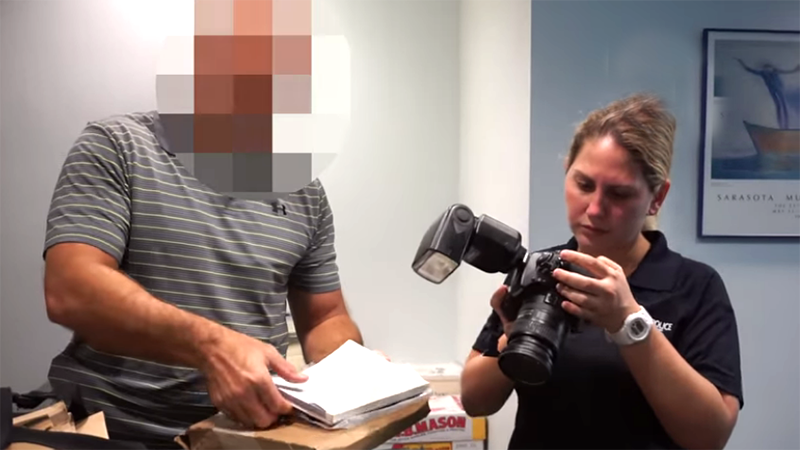 SARASOTA, FL — A 71-year-old former Sarasota physician was found guilty of practicing medicine without a license Thursday in connection with a 2017 police raid of his offices. Ronald Wheeler will have to pay $50,000 to one victim and could face jail time, according to the Sarasota Police Department.

Police said Wheeler’s medical license was revoked by the Florida Department of Health on April 20, 2017 but he was still practicing three months later when police conducted a raid.

“The search warrant conducted on July 18, 2017 was to determine if Wheeler had been seeing patients since his medical license was revoked,” according to Sarasota police. His medical offices had been located in the 1800 block of Main Street and operated under the names Diagnostic Center for Disease and High Intensity Focused Ultrasound (HIFU) Centers of America.

Following his arrest, police said Wheeler opened another clinic in Georgia and may face additional charges in Florida and elsewhere.

“Additional charges of scheme to defraud $20,000 – $50,000 in Sarasota are
pending,” police explained. “Detectives say he offered medical services and alternative medical
treatment to an additional victim through January 2018. Charges
of practicing medicine without a license are also pending after Wheeler bonded
out in Sarasota and opened another clinic in Georgia.”

Sarasota police fear there may be other victims who have not yet come forward.

“Due to the nature of this case, detectives believe Wheeler has continued to
see patients,” police added.

Former patients who were treated by Wheeler after April 2017 should call Investigator Mike Harrell at 941-954-7086.

Watch as Sarasota police conduct a search of Wheeler’s offices in 2017: