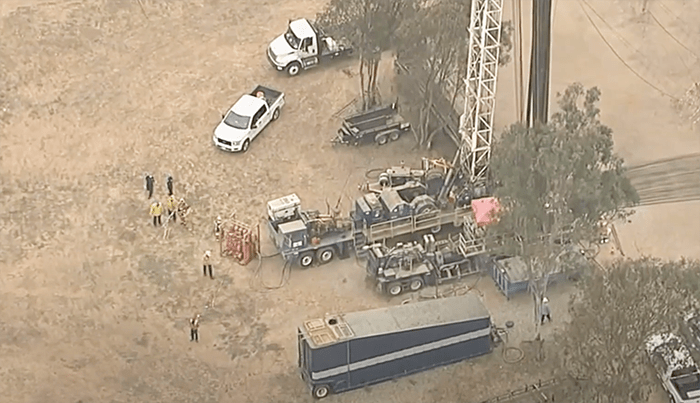 COMPTON, CA —A chemical spill that bled for nearly two hours caused sweeping odors in portions of Los Angeles and Orange County Thursday afternoon. Officials urged residents to remain indoors due to the smell, which they said was not harmful.

According to the Compton Fire Department, two gallons of a fragrant chemical added to natural gas as a safety feature spilled at a Compton construction site around 11:18 a.m. The site was in an unincorporated area of the city, and no injuries or evacuations were reported.

The leak was capped around 1:30 p.m. according to authorities.

Residents as far as Long Beach and Anaheim said they smelled the odor this afternoon.

“There is a large natural gas leak in Los Angeles County, and gas can currently be smelled in large areas of Southern California, “Anaheim Fire & Rescue wrote on Twitter. “These odors pose no risk to the community of Anaheim. Please, however, stay vigilant for any signs of a natural gas leak in your area.”