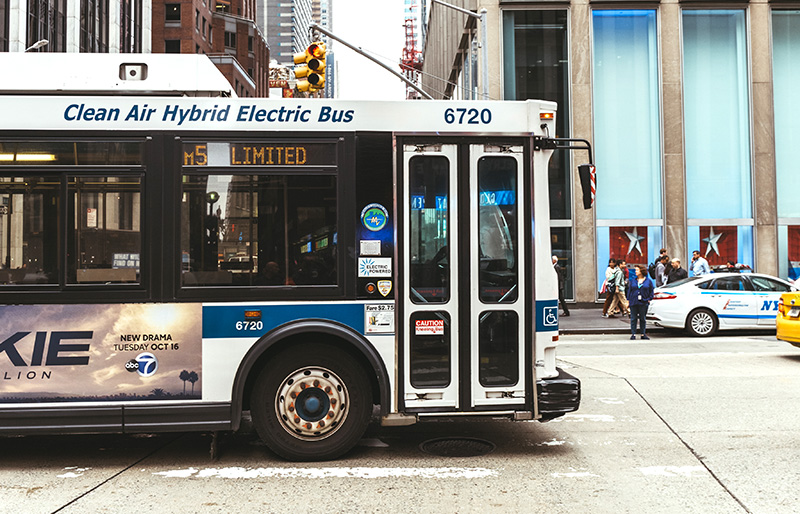 NEW YORK — A top MTA official called for a fare-beating dragnet on New York City’s buses as he said about one in every five riders doesn’t pay.

Some 21.9 percent of bus riders skipped the fare in the last three months of 2018, closing out a year with a fare evasion rate of 18.4 percent, according to statistics New York City Transit President Andy Byford presented Monday.

Fare-beating cost the MTA $225 million last year, $128 million of which was lost on the bus system, Byford said. He called for bringing police officers on buses to supplement the MTA’s own enforcement efforts.

“We need police officers to be boarding buses to make it clear to people that you can’t just get on for free,” Byford said.

Most of the bus fare evasion happens during the morning rush and comes through the front doors of the vehicles, Byford said.

The MTA has deployed so-called Eagle Teams to spot fare-beaters on Select Bus Service routes, on which riders must get a receipt for their payment before boarding, Byford said. The teams have issued more than 5,000 summonses so far this year, and a pilot program has expanded them to a handful of local bus routes, he said.

“We do see a lower fare evasion rate on those (Select Bus Service) routes because people do know that they are likely to get checked,” Byford said.

The NYPD plans to test a small team of cops to tackle fare evasion on the buses to complement the Eagle Teams, Chief of Transit Edward Delatorre said, adding that the specifics of the effort are still being worked out.