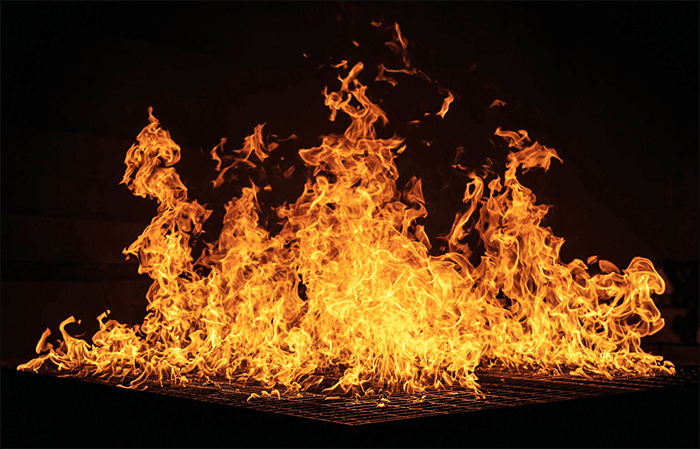 The Woodward Fire had blackened 2,487 acres and was 5 percent contained as of Monday morning. No structures have been damaged, but about 1,620 structures are threatened, according to the Marin County Fire Department. Three firefighters have suffered minor injuries.

The fire continues to burn in hilly and remote terrain south of Limantour Road, north of the Bear Valley Trail, and west of Shoreline Highway, also known as State Route 1. Fire crews have successfully cleared fire breaks and small brush along Limantour Road to reduce fire activity along the blaze’s northeastern boundary. Air and ground crews have also started to set a direct fire line from Arch Rock on the coast inland along Bear Valley to secure the southeast boundary.

A total of 228 firefighting personnel were assigned to the fire Monday morning, including five fire crews, 17 engines, five helicopters, and two water-scooping planes.

“Having the Incident Management Team here is a relief for us that have been here since last week. They bring a lot of talent, a lot of resources,” Marin County Fire Chief Jason Weber said during Monday’s news briefing.

“The state is still extremely drawn down,” he added. “So we are challenged with the number of resources that are available.”

The Incident Command Post and Basecamp are being relocated Monday to 5800 Sir Francis Drake Boulevard in San Geronimo, the former site of San Geronimo Golf Course, due to the original base camp location at the Point Reyes National Seashore Visitor Center in Olema falling in the evacuation warning area of the Woodward Fire.

The fire, ignited by lightning, sparked Aug. 18 just south of the Woodward Trail, a few miles west of the Bear Valley Visitor Center in Olema and about a mile inland from Limantour Beach.

“You need to evacuate immediately,” the Marin County Sheriff’s Office said in an alert. “Evacuate down Sir Francis Drake Boulevard toward Point Reyes. Please be mindful of firefighting resources as you are evacuating.”

The Sheriff’s Office advised residents to use “alternative means of lodging” if available.

“We encourage utilizing those resources,” the Sheriff’s Office said. “If you do not, an evacuation center has been established at the Marin Center, near the Civic Center. There will be a check-in location in the front parking lot and staff there to assist you.”