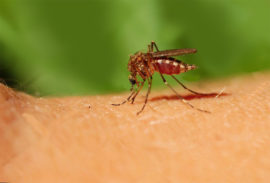 MIAMI, FL — State health officials in Miami-Dade County said a mosquito-borne illness alert remains in effect as the total number of local cases of dengue fever has risen to 11 throughout the county in 2019.

“A case of dengue fever of local transmission has been confirmed in a local resident,” health officials confirmed in an alert Tuesday. “This case appears to be unrelated to other cases.”

Health officials said previously that at least two of the local cases appear to be related. They warned residents to take precautions.

“Dengue is a virus spread through mosquito bites through the Aedes mosquitoes which also spread chikungunya and Zika virus,” health officials said. “Most people infected with dengue have mild or no symptoms. Those that do develop symptoms recover after about one week.”

Only about one in four people infected with dengue ever get sick. Symptoms can range from mild to severe and often require hospitalization in severe cases, according to the Centers for Disease Control and Prevention.

The CDC said the most common symptom of dengue is fever with any of the following:

For more information on mosquito-borne illnesses visit the Florida Department of Health website in Miami-Dade County.