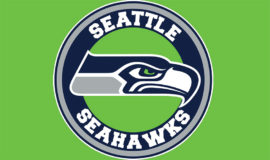 SEATTLE, WA — Amazon founder and CEO Jeff Bezos may be in the market for a football team, according to a report from the Washington Post. The newspaper, which Bezos owns, said the world’s richest man has expressed interest in buying the Seahawks, even though the team is not for sale.

The Seattle Times reports Jody Allen, who took over as Chair of the Seahawks when Paul Allen died in 2018, has not talked to the media since releasing a statement last October, pledging to uphold Paul’s vision.

According to the Post, the last football team sold was the Carolina Panthers, bought by billionaire David Tepper for $2.3 billion last year. Forbes estimates the Seahawks are worth $2.8 billion. CBS Sports reported Sunday that Bezos has been exploring the purchase of an NFL team in general, and recently spent time with several owners. Neither Bezos nor Amazon have commented on the reports.

In 2016, Bezos purchased a former museum in Washington D.C. with plans to convert it into a sprawling mansion. The property is reportedly nearing completion, and Bezos is expected to move-in soon. Last year, Amazon chose Crystal City — less than 5 miles from D.C. — as the site of its second headquarters.