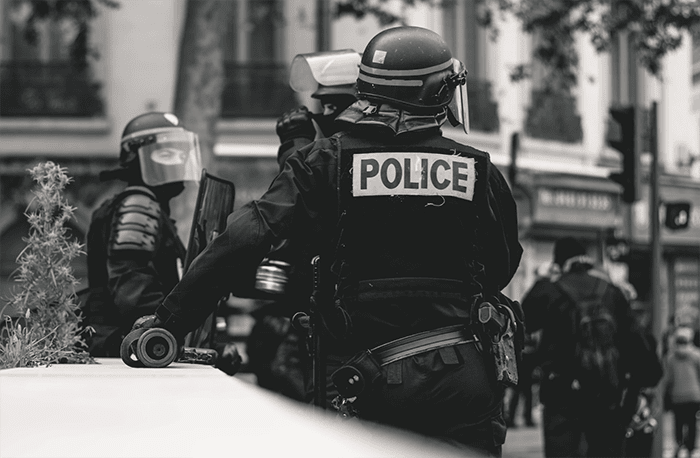 CHICAGO — Two police officers from the 22nd District were lauded for their life-saving efforts in Sunday’s mass shooting at a popular Morgan Park restaurant that left one man dead and four other people seriously injured.

When CPD Officers Matt Alvarado and Mariella Collins rushed to Lumes Pancake House at 116th Street and Western Avenue on Sunday afternoon, the violent scene. More than 40 rounds had just been fired inside an outdoor dining tent in the restaurant’s parking lot.

“Typical of Chicago police officers they came on somebody’s worst day when someone was simply enjoying an afternoon meal on a Sunday with friends, family and other members of the community,” CPD 22nd District Cmdr. Sean Joyce said. “The officers rushed into a volatile, chaotic, and confusing situation with lots of risks involved. It was far from a safe environment when they first entered.”

Alvarado and Collins, a probationary police officer with seven days on the job, were monitoring the radio when the call came through multiple people shot. The officers were first to arrive at the restaurant. Citizens directed the officers to the injured inside the dining tent.

“We encountered a woman who had a gunshot wound on her upper right thigh,” Alvarado, a field training officer, said. “I assessed that she most likely needed a tourniquet based on her injury.”

Alvarado applied a tourniquet from his first aid pouch to the woman’s wound until the bleeding was stopped. The police officer and an off-duty Chicago firefighter who lived near the restaurant and ran over when he heard the gunshots, kept the woman calm until paramedics arrived.

“She wasn’t able to speak because of her injury,” he said. “We reassured her that she would be okay.”

Collins tended to another woman on the opposite side of the dining tent who had been shot in the foot.

“I wrapped the dressing and put her foot up,” Collins said. “I applied pressure until the ambulance arrived.”

Only those officers who complete LEMART are permitted to carry a kit that contains tourniquets, gauze, chest seals, and other blood-clotting supplies.

“I actually had the training in 2012 when NATO came up,” Alvarado said. “I’ve retained several times since then. We’re usually the first people on the scene. We’re training to be able to address major injuries that occur during a mass shooting until EMS can get there.”

“I’m honored to be here today to be standing beside these two heroes,” O’Shea said. “These officers arrived on the scene before the Chicago Fire Department. They had to react and address the traumatic injuries immediately. I believe their response on Sunday afternoon prevented a second death.”