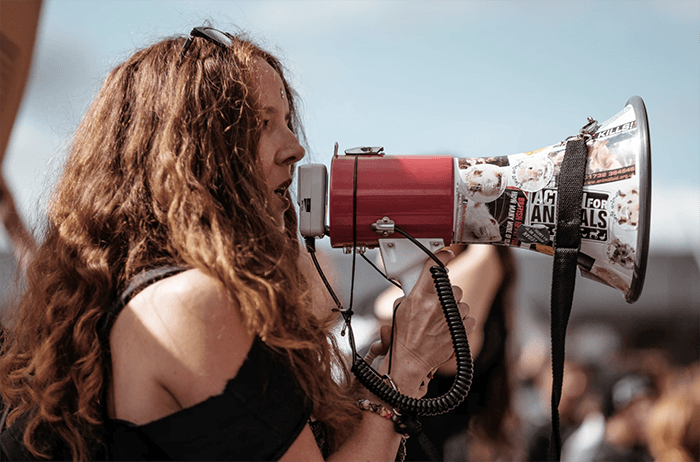 LOS ANGELES, CA — Protesters confronted one another Friday in downtown Los Angeles, some to decry the stay-at-home orders from the city and state while others counter-protested against those who did not want to follow the COVID-19 guidelines.

It was difficult to tell how many people gathered downtown, but it was enough to shut down Spring Street adjacent to City Hall at least temporarily. Protesters jockeyed on social media to plea for their respective causes, but images from the scene showed very little if any social distancing being observed.

At one point, the Los Angeles Police Department separated the protest groups to get them out of the middle of Spring Street, according to reporters who were downtown.

A skirmish line was enforced by LAPD when Refuse Fascism counter- protesters argued with Open Up California demonstrators outside City Hall.

The debate as to whether the stay-at-home orders should be lifted has caused multiple arguments that range from politics to science and beyond.

While some states are planning to allow businesses to reopen and make public spaces accessible, Gov. Gavin Newsom and Los Angeles Mayor Eric Garcetti have not given specific timelines as to when they will relax their emergency orders.

The city of Los Angeles has been under Safer at Home orders since March 19, which closed many businesses deemed nonessential during the pandemic, such as hair salons, entertainment centers and others, while leaving grocery stores open and restaurants struggling to make ends meet through takeout and delivery services.

The city’s Safer at Home orders are scheduled to expire May 15, but Garcetti said he would consider extending them if necessary.

As Friday is International Workers Day, many people took the opportunity to try to convince government officials that they need to get back to business.

County Supervisor Kathryn Barger said that not observing social distancing orders and not wearing masks in public was counterintuitive to the protesters’ demands to lift the stay-at-home orders, as that could contribute to the spread of the virus.

“If they were practicing social distancing and wearing masks and not conducting themselves this way right now, I’m sure that there would be a lot more sympathy,” Barger said during the county’s daily COVID-19 update. “But what I saw before I came down here, the crowds that are not wearing masks, that are literally on top of each other protesting, it doesn’t further their cause.

“And it actually, to me, makes the argument that the governor was making, and that is when you don’t social distance and you don’t practice safe social distancing, you are contributing to the spread of this virus, and it is going to take us a lot longer (to stop the spread),” she said.

“I would ask those protesters: I know everyone has a right to protest, but do it in a responsible way. Your credibility is on the line as well. You have a voice but use it properly,” she said.

Many protesters in favor of lifting the stay-at-home orders argued on social media that their rights were being infringed by not allowing them to go outside or operate certain businesses during the state of emergency.