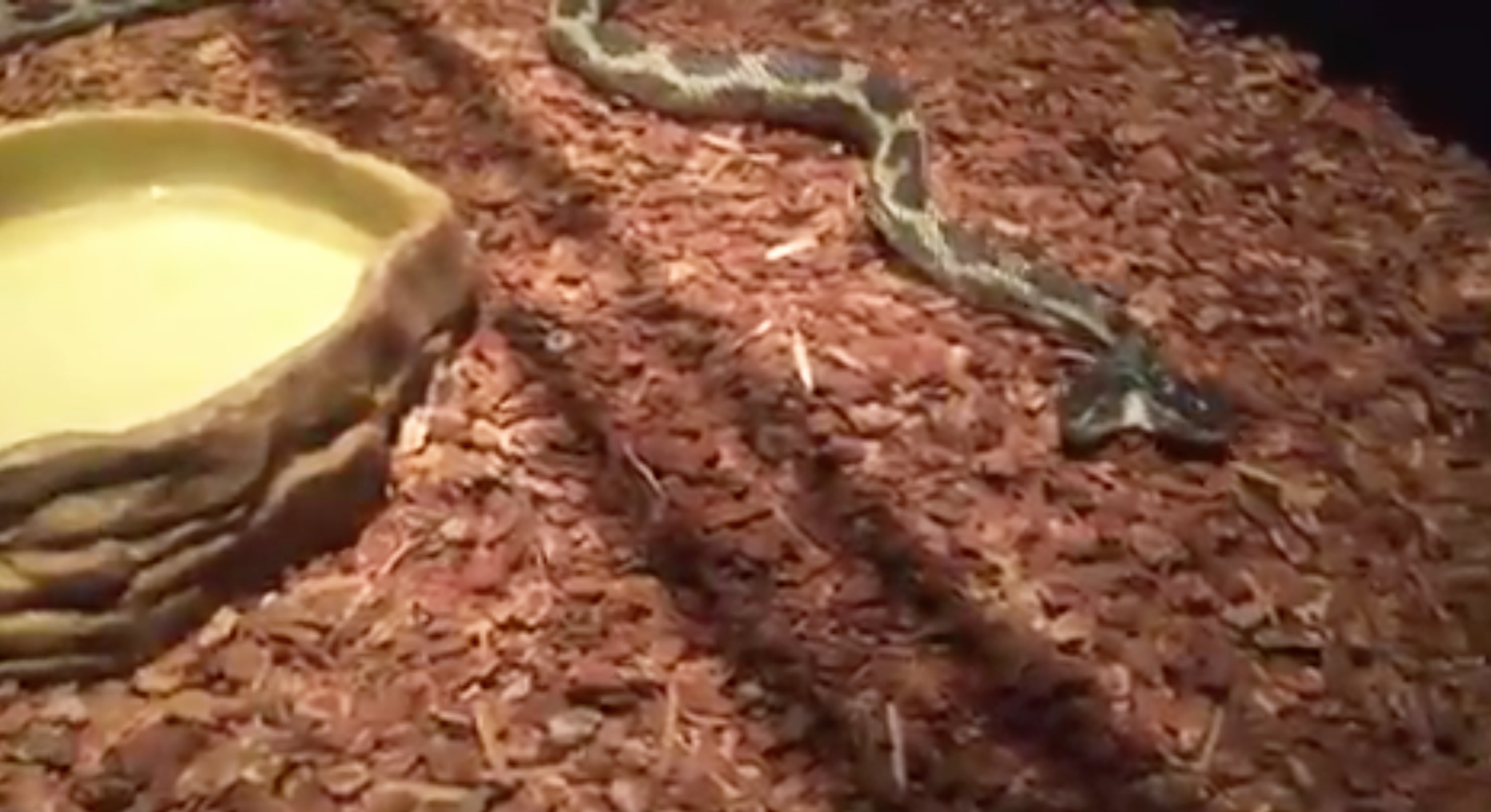 A man who breeds reticulated pythons in Mississippi witnessed the birth of a mutant cyclops snake.

Tyree Jimerson told Newsweek magazine he was tending to his most recent clutch of python eggs when he determined that the snakes inside were developed enough that he should start cutting the shells open. This practice is common in snake breeding; it ensures that the young make it out of the egg. But one, which his wife cut open, had a funny color.

The snake inside had the umbilical cord around its neck. “When I pulled its head out,” Jimerson said, “it just really freaked me out.”

What he saw was a snake with two eyes in the same socket and with no functional snout.

Jimerson said the snake was very weak and couldn’t hold its head up. He had heard of this phenomenon before. “Someone else had already had one that was very similar, like a cyclops, and it just wouldn’t live. So I went ahead and euthanized it,” Jimerson said.

Jimerson took photos of then put it in the freezer. He asked his wife, who works as a mortician, for some preservative chemicals. Jimerson is thinking about selling the snake and has been offered $750.

The python may have had a condition called cyclopia, in which the embryo’s face becomes too narrow while developing. In this case, the two eye orbits became one, and both eyes rested in the same space. In other cases, the animal will just have one large eye. Pigs, cattle, humans and even a shark have had this condition.

Cyclopia often affects the brain, so animals with these mutations rarely survive long after birth.