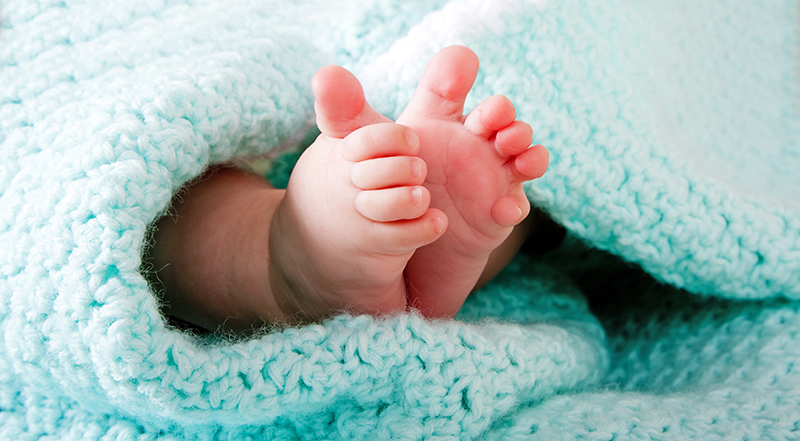 WEST PALM BEACH, FL — Months after making the grim discovery of a newborn baby girl floating naked in the Atlantic ocean, Florida investigators have now ruled the death a homicide. The body of Baby June, as she was called by police, remains at the Palm Beach County Medical Examiner’s Office while investigators search for clues in her puzzling death.

“The medical examiner’s rulings are in, and this case is a homicide,” explained Capt. Steven Strivelli of the Palm Beach County Sheriff’s Office Special Victims Unit during a Monday press conference. He did not disclose how the baby died but said that she did not have bruises on her body.

Palm Beach County officials have posted a $10,000 reward in the case as investigators try to learn where the child came from.

Baby June was found on June 1 about 75 to 100 feet east of the shoreline at the Boynton Beach Inlet in South Florida.

“We received a total of 16 tips. That’s not very much for this case and none of those tips have led to anything for us in this case,” Strivelli confided. “We are still desperate for anything that we can get from the public.”

Investigators believe the child was most likely born in a hospital or other medical facility and placed in the water somewhere in Palm Beach County or neighboring Broward County north of Miami and south of Palm Beach.

“The only evidence that we could tell you about is that there is a heel prick in the foot,” Strivelli said. “The umbilical cord had been cut and clipped, things that would lead us — the medical examiner — to believe this child was born in a hospital or a birthing center, medical facility where they do jaundice testing and things after birth like they would normally do.”

Strivelli said investigators have combed through the birth records of some 700 children in Broward and Palm Beach Counties that match the approximate period in which Baby June was likely born.

Investigators have not yet expanded the search further south to include newborns in Miami-Dade County, but they did not rule out doing so in the future. That would amount to another 400 or so births.

Based on genetic testing, Baby June was 50 percent African and 50 percent central Asian, a mix that can be found in areas like Barbados, Trinidad or Jamaica.

Investigators also reached out to authorities in the Bahamas without success.

“Some hospital, somewhere has evidence of this child being born,” Strivelli said. “We just haven’t found it yet.”

The U.S. Coast Guard conducted a reverse drift analysis based on the child’s weight, an examination of currents and an approximation of how long the child had been in the water to determine where she came from.

He said that the baby’s DNA has been entered into a database, which will one day lead to a match.

“It’s going to be continuously run,” he said. “I”m confident that some day we’ll figure out what happened here. I’m not willing to wait 50 years. I want to see what we can do now.”

Strivelli did not rule out the possibility that there is an explanation for the child’s death.

Investigators have said that the child was believed to have been floating in the ocean anywhere from six to 18 hours before she was discovered.

“It would be great if we could just get out there and check every baby in the nation,” Strivelli said. “It’s just not very easy to do.”

“The public’s assistance is very needed,” Strivelli added. “We hate seeing this and we want to get to the bottom of what happened. It’s terrible. We don’t have a good explanation for what happened or why it happened. That’s the most frustrating part.”