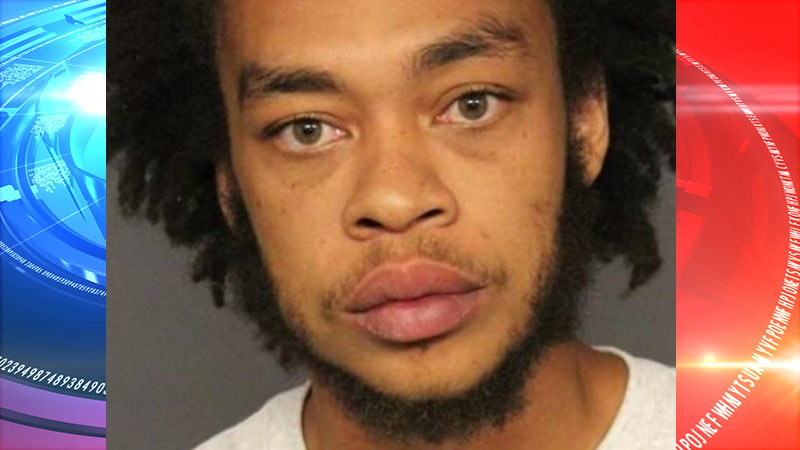 Watkins was charged with attempted first-degree murder and second-degree assault after the jail incident Oct. 22.

Around 2:20 p.m., Watkins allegedly attacked a Denver sheriff’s deputy, hitting him on the head with a plastic milk crate-style bin and then choking him. Other inmates intervened, and pulled Watkins off the deputy, stopping the assault, the DA’s office said. According to an arrest affidavit, the deputy was working on a computer with his back to Watkins when the inmate snuck up behind him, picked up a “large hard plastic bin” and brought it down on the deputy’s head.

Watkins allegedly then grabbed the deputy from behind, wrapping his right arm around the officer’s neck “using his left arm to try and lock his arm in” to get him in a choke hold. Another deputy was able to use pepper spray and four other inmates came to the deputy’s rescue to get Watkins to release the man, the sherriff’s office said of the incident that was captured on video, the Denver Sheriff’s union tweeted about the incident.

An inmate attacked one of our officers hitting him over the head with a plastic milk crate to the head. The inmate then began to choke out our officer.If not for several inmates hitting the attacker our officer might be dead. #enoughisenoughmayor

“An inmate attacked one of our officers hitting him over the head with a plastic milk crate to the head,” the Denver FOP tweeted. “The inmate then began to choke out our officer. If not for several inmates hitting the attacker our officer might be dead.”

The deputy was taken to a hospital to be checked out, but did not suffer any serious injuries, the Denver Sheriff’s Office said Monday.

Watkins was in the jail awaiting court proceedings after being arrested for an alleged Oct. 13 robbery at gunpoint of several victims at a Starbucks coffee shop in the 9900 block of East Hampden Avenue.

Watkins was one of three suspects who allegedly held up multiple customers in the Starbucks, displaying a gun, then demanding all the customer and employees’ wallets and phones, an arrest affidavit said. The three men escaped in an orange Chevy Cruise, but Denver police were able to track the car via a GPS finders-device on one of the victim’s phones. Watkins was arrested near an apartment in the 7500 block of East Harvard Avenue in connection with the Starbucks robbery.

In that case, Watkins was charged with multiple counts of aggravated robbery, attempted robbery and third-degree burglary, the DA’s office said.

Watkins is scheduled to appear in Denver District Court Oct. 29 for the attempted murder charge and Nov. 6 for the armed robbery charges.