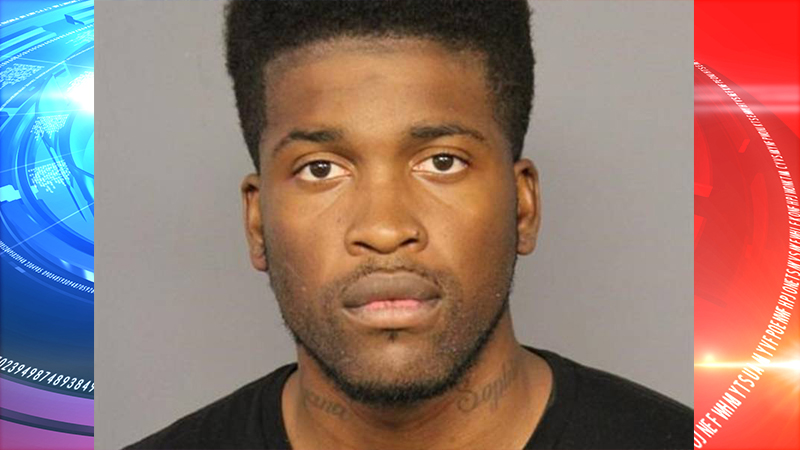 DENVER, CO – Denver police said they have made an arrest in the Aug. 22 death of Seth Mosee, 53, whose burned body was found on a mattress in his first-floor apartment in the 10700 block of East Dartmouth Avenue.

Officers announced Monday that they had arrested Tahlil Johnson, 23, who is facing charges of first-degree murder and first-degree arson.

The Denver Fire Department responded to reports of smoke coming from Mosee’s apartment around 7:30 a.m. on Wednesday. Officers assisting saw, through the glass door, a burned man’s body on a mattress inside the apartment. Investigators recovered a bottle of charcoal fluid from the scene and determined the case should be investigated as an arson. Mosee was identified by the Denver Office of the Medical Examiner, who found that he died from blunt force trauma and declared the death a homicide.

Denver PD issued an alert for information about the killing last week. Johnson and an unidentified woman were staying with Mosee in his apartment until last week, police said in an affidavit. Around 8 a.m. the morning of the fire, they visited another neighbor who told police they had ash on their clothes.

Investigators found Mosee’s Mazda parked a few blocks away, and Johnson and the woman talking to officers. They initially told police a third man had an argument with Mosee and possibly wanted to harm him. Johnson initially gave a false name to officers, the affidavit said, possibly because he had an open arrest warrant.

The woman was interviewed twice by police. The second time, she told officers that Johnson had been angered when Mosee told them he was kicking them out of the apartment, according to the affidavit. She said Johnson beat and kicked Mosee while he lay on a couch, killing him. Then she told police he took Mosee’s television to a pawn shop and pawned it for $200. The two purchased cleaning supplies at the Dollar Store and cleaned up the blood in the apartment, she said. The two slept in Mosee’s bed that night, she told police. The next morning, she said Johnson left and came back with some charcoal fluid, which he splashed around the apartment and tried to set alight with a cigarette. That didn’t work, so he got paper out of a car and lit that on fire, the affidavit said.

Detectives recovered surveillance video footage from a local convenience store of Johnson purchasing a red and white bottle of charcoal fluid and the couple buying cleaning supplies at the dollar store, the affidavit said.

Tahlil Johnson is being held in the Denver County jail. He appeared in bond court Aug. 22, where a judge set no bond.