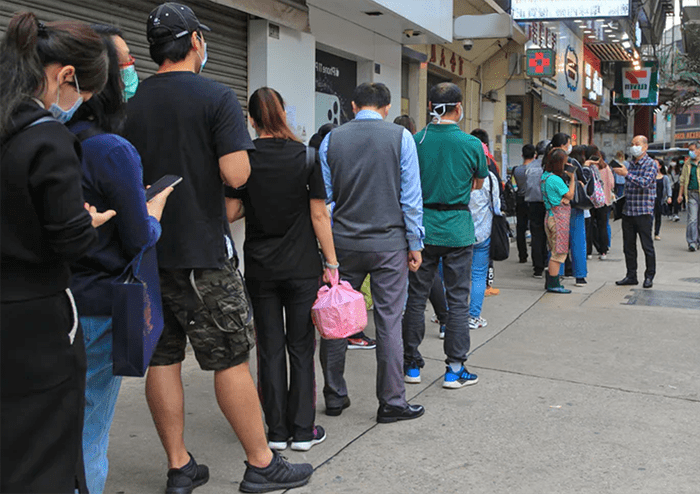 FORT LAUDERDALE, FL — Citing wait times for test results that have been as long as 10 to 14 days, Florida Gov. Ron DeSantis said Monday he was ordering two of the largest coronavirus test sites around the Miami area to provide dedicated lanes for symptomatic people and seniors to receive antigen tests that can provide results in as little as 15 minutes, though such tests are considered less reliable.

“Obviously, if you are somebody that is symptomatic and you don’t get your results back for seven days, that is not helpful,” the governor said during a stop in Fort Lauderdale. “For our asymptomatic test-takers, if it takes seven days, then the test is basically useless at that time — because even if you were infectious at the minute you tested, by the time you get it back, you probably haven’t been isolating anyways and you are likely to not be infectious on the back end of that.”

Starting Tuesday, Marlins Park and Hard Rock Stadium will be converted to accommodate antigen testing. They will conduct about 1,250 tests per day.

“The test will be for people that have symptoms, or for elderly, 65 and older,” DeSantis said. “There will still be a lane for the traditional testing for the other asymptomatic people.”

According to the Mayo Clinic, an antigen test detects certain proteins that are part of the virus. The test requires a nasal or throat swab to collect a fluid sample.

DeSantis said he was last tested two days ago and has had his temperature taken at least 100 times in the past few months, though he did not specify the type of test he received.

He said all other state-sponsored drive-thru sites will begin offering dedicated lanes for people with symptoms or people 65 and older, who will be able to take a self-swab test.

“We usually get a 24-hour turnaround from the time the lab receives it,” he said of the self-swabs. “Hopefully, it will be more of a 48- to 72-hour window, which I think is a big deal.”

The governor said state sites will continue to offer one lane for people who are asymptomatic in addition to offering serology testing, which requires a blood sample to determine whether people have developed coronavirus antibodies, the presence of which indicate that a person was likely infected with COVID-19 at some time in the past.

“That’s very valuable information to know whether they have the antibodies,” DeSantis said. “It’s all about lab prioritization, understanding that there is limited lab capacity for a quick turnaround. If we can focus on those people who really need the test results the quickest, I think we’re going to be able to improve.”

Florida health officials reported a total of 7,157 deaths as of Monday, up from 7,084 deaths a day earlier — an increase of 73 new deaths over the previous 24-hour period. State officials also reported another 79 deaths involving non-Florida residents who died in the state.

Health officials reported 491,884 total cases of the virus in the state, up from 487,132 cases of the virus a day earlier. That represents an increase of only 4,752 new cases of the virus over the previous 24 hours, but it also followed a weekend in which most of the test sites were shut down ahead of then Hurricane Isaias, which was downgraded to a tropical storm as it passed through Florida.

Florida reported a 13.09 percent positive test rate for the virus Saturday as the number of tests reached 3,758,496.

In an effort to provide as much information to our readers as possible, the news outlets is publishing the following county-by-county breakdown of the coronavirus cases in Florida’s 67 counties, along with the median age of patients, the number of hospital cases by county and the number of deaths.