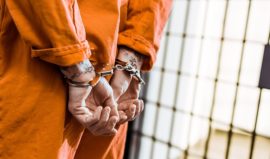 MIAMI, FL — A 23-year-old former student at two Florida colleges was accused Monday of declaring the school deans who had a hand in suspending or expelling him as “enemies of Islam” and ordering them killed in separate bombing attacks planned for the schools, according to the FBI.

Salman Rashid of North Miami Beach boasted to an undercover FBI operative that he wanted to become the next “rightful caliph,” or leader of the Muslim world, and indicated he planned to reestablish the caliphate or Islamic state, authorities said.

The FBI said the Bangladesh native targeted two deans at Miami Dade College and Broward College and instructed that the explosive devices “be as big as possible,” the FBI stated in a 22-page court affidavit released Monday. The attacks were never carried out.

“The FBI initiated an investigation of Rashid in approximately April 2018 after reviewing his public Facebook posts, which advocated for the violent overthrow of democracy and the establishment of Islamic law,” federal investigators said Monday. “In May 2019, and without provocation, Rashid solicited a confidential human source to contact members of ISIS and instruct those ISIS members to conduct a terrorist attack on Rashid’s behalf.”

“Throughout the summer and fall of 2019, Rashid continued to instruct the confidential source
regarding Rashid’s requested attack, indicating an attack on a religious building or nightclub would be suitable,” federal investigators said. “Based on Rashid’s request, the FBI introduced an additional confidential human source, who held him/herself out to be a member of ISIS willing to conduct an attack.”

Rashid allegedly provided information about the locations where the bombs should be placed and offered an assessment of security that might be encountered.

The FBI said Rashid attended Miami Beach High School before entering Miami Dade College. He allegedly drew the attention of Miami-Dade police and school officials when he threatened a female student for whom he had romantic feelings.

In one text message sent to the female student, Rashid allegedly penned: “The first day since I have been observing you, I already knew something was different about you. I want you to know that you were my only other half in this life …. It bums my eyes and heart, rips me apart as a human to imagine seeing you in the arms of another man, being touched. But I am powerless to stop what had happened without my knowledge. Since the creator of this universe has decided our destiny and chosen separate paths for us, I’ve understood myself and what I must do …. In the hereafter, we will meet once again. But things will be a little different :). You will not have excuses, will not be given a choice and will have to come close to me …. ”