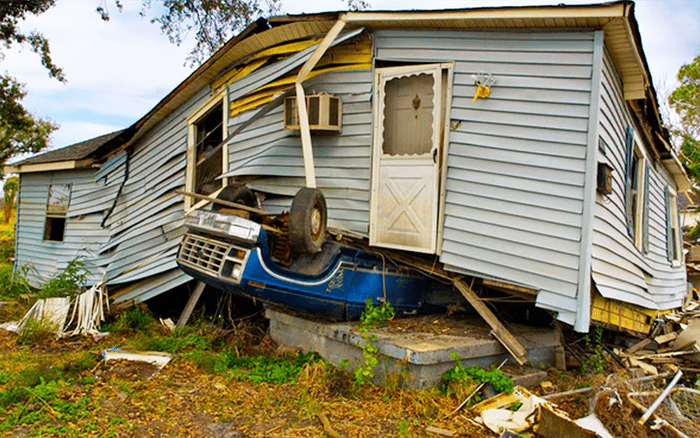 BEAUMONT, TX — I had chosen to stay in town and ride out the storm, but it was almost too late when mandatory evacuation orders were issued for my neighborhood outside of Beaumont.

Horror stories about previous hurricanes couldn’t deter me. Besides, the converted boathouse I lived in was several miles inland. “It never floods here,” my landlord told me.

We really thought the worst of Hurricane Harvey was over. Forecasts said the storm would blow through Houston and be on its way. We never expected it would make an about-face into the gulf, gain strength, and camp over southeast Texas for days.

It overwhelmed the bayous. Upstream, dams were opened. Water hurtled toward us.

My mom was in town visiting me that weekend. I don’t know if she chose to come to town anticipating the storm ahead, or if it was some kind of divine maternal foresight, but I’m glad she did.

It was she who begged me to leave when voluntary evacuation orders were issued. It was she who helped pack only a few hours later when my young landlady knocked on my door: “It’s time to go. Now.”

At its peak, the storm dropped over 60 inches of rain in southeast Texas in just a few days. There was no time to meticulously pack.

Pine Island Bayou behind my house had already crested, and water was rising fast. By the time we made it out of town and to Highway 69 north of Beaumont, water was lapping up on the sides of the road. In a few short hours, the roadway became an impasse.

The following day, the Beaumont Enterprise newspaper’s cover was an aerial shot of the city, cut off on all sides, emblazoned with a simple headline: “An Island.”

Before I made it back home to Dallas, the bayou behind my apartment had swelled, and the cozy reformed boathouse I called home for a summer filled with 6 feet of water.

Still, I count myself lucky. I was able to get myself and my belongings to safety, but I was only a few hours away from becoming stranded. Others were not so lucky.

One resident, Tom Melanson, was evacuated with his family from their home in Rose City, just a few miles outside of Beaumont.

“In the middle of the day, we received a knock on the door from someone saying we were under mandatory evacuation,” Melanson told Patch. “That’s when I noticed the water was already almost up to our hill. We were told we would expect 6 more feet of water once the dam was released.”

Little did he know, it was already too late to leave by car. The family was evacuated by a rescue team in an airboat.

“I couldn’t recognize anything while on the boat. Large yards full of grass looked like a big river,” he said. “Street signs were gone; it just really looked like some other place.”

Returning to Rose City after Harvey, Melanson said, was a nearly insurmountable chore. That’s why, when Hurricane Laura and its “unsurvivable storm surge” approached the Texas gulf shore, he chose to take no chances.

Between the landfalls of Harvey and Laura, Melanson had moved West to go to work for a university in Houston.

“After [Harvey], the flooding, the rescue, losing everything that I owned and not being able to get assistance since I didn’t rent or own property — the crazy long lines for groceries waiting in the heat — I made, and I mean made, my family agree that our evacuation plan was to just get out,” Melanson said. “Once I moved to Houston I really cemented that plan because I had a westward base to jump off of for my family.”