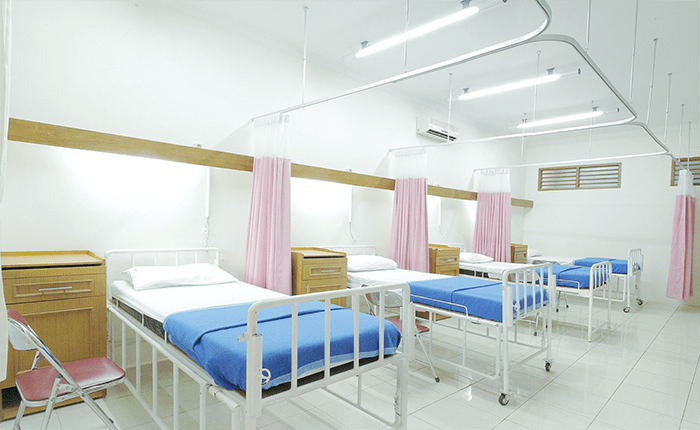 LOS ANGELES, CA —As summer waned, Los Angeles County health officials warned that Labor Day get-togethers could lead to a surge in new coronavirus cases, and two weeks later, the predicted surge is emerging. As Los Angeles waits to see if the increase in new cases proves to be a minor setback or a repeat of the summer surge that claimed thousand of Angelenos, state officials are predicting a spike in COVID-19 hospitalizations.

At the same time, state health officials warned that California is expected to see an 89% increase in COVID-19 hospitalizations over the next 30 days. Emergency room visits and case rates are climbing statewide, signs that the outbreak is intensifying, according to California Health and Human Services Secretary Dr. Mark Ghaly.

The Los Angeles County Public Health Department confirmed another 1,401 COVID-19 cases Friday, the highest daily total recorded in the past two weeks. The number of new cases has been steadily rising since labor day, along with the transmission rate.

The county reported a disturbing increase in the local virus transmission rate this week. The average number of people a coronavirus patient infects with the illness climbed from less than one person to 1.02 people. That is above the state threshold for the next level of reopening.

Health officials have said that keeping the transmission rate below 1 is critical to slowing the spread of the virus.

“We have seen slight increases in new cases and are paying attention to our case, hospitalization and death numbers to understand recent community transmission of COVID-19,” public health director Barbara Ferrer said in a statement. “Data through this upcoming weekend will inform our understanding of the impact of Labor Day holiday actions. This information will inform decisions on re-opening.”

Local nail salons have been awaiting word from the county on whether they can resume indoor operations. The state has cleared the business to reopen, but the county has kept them closed, pending word on a possible post- Labor Day increase that health officials fear might be exacerbated by further reopening.

The sudden surge in cases could also threaten the county’s ability to move out of the most restrictive tier of the state’s coronavirus economic- reopening roadmap. What had been declining case numbers put the county on the verge of moving from the restrictive “purple” tier to the less-onerous “red” tier, which would allow more businesses to reopen, including movie theaters.

But one of the metrics used by the state to rate counties’ efforts to slow the spread of the virus is the number of new daily cases per 100,000 residents — a figure now rising in L.A. County.

As of Friday, 760 people were hospitalized due to the virus in Los Angeles County, a slight uptick from Thursday, but still well below the average 2,200 numbers seen in the weeks after the Fourth of July.

A sudden rise in hospitalizations would likely lead to an eventual increase in deaths, health officials have said.

The 1,401 cases announced by the county, along with 34 reported by health officials in Long Beach and five by Pasadena increased the cumulative countywide total since the start of the pandemic to 265,814.

The county reported another 34 coronavirus-related deaths on Friday, although three of those deaths were actually reported Thursday by officials in Long Beach. Long Beach added two more fatalities Friday. The countrywide death toll due to the pandemic stood at 6,490 as of Friday afternoon.

The county on Friday also announced four more cases of the COVID- related childhood malady known as a multisystem inflammatory syndrome in children, or MIS-C. The four news cases lifted the county’s overall total number of cases to 38 — none of which have been fatal.

The syndrome is considered rare and is characterized by inflammation of various organs, such as the heart, lungs, kidneys, brain, skin, and eyes.

County health officials confirmed this week that more than 70 citations have been issued over the past month to various businesses and organizations — most notably churches and gyms — for violating health restrictions imposed to control the spread of COVID-19, although no closures have been ordered.

Dr. Muntu Davis, Los Angeles County’s health officer, said Thursday that failures to adhere to the restrictions, particularly those barring many indoor business operations and worship services, can exacerbate the spread of the virus.