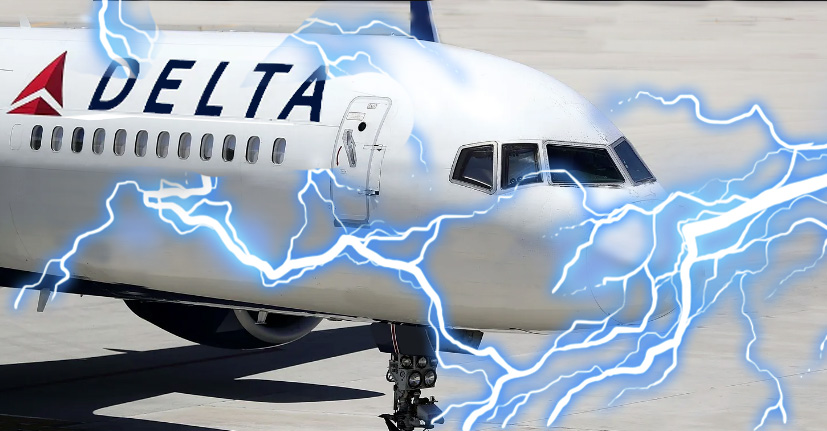 LOS ANGELES, CA — Lightning never strikes twice, but what about three times? For the third time in about a month, a jet leaving Los Angeles International Airport was struck by lightning Tuesday night.

Delta Airlines Flight 2432 was leaving LAX bound for Seattle Tuesday evening when the plane was struck by lightning, forcing it to turn back and land in Los Angeles. No one reported any injuries in the incident and no emergency was declared, said Charles Pannunzio of Los Angeles World Airports, the city agency that operates the airport. The flight turned back out of caution, authorities said.

Of late, Los Angeles is defying its reputation for mild weather with lightning storms causing problems for airliners. At the end of January, two planes were struck by lightning in a single day.

The pilot of a JetBlue airliner headed for New York was forced to turn back and land for safety reasons. In that instance, no one was hurt, and the pilot made a safe landing, authorities said.

Not long after that, the second plane — a Southwest flight from LAX to Portland — safely diverted to Oakland after it too was struck by lightning.