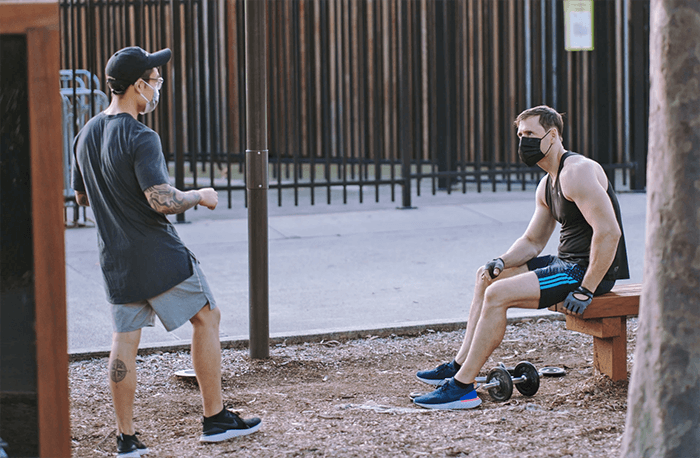 LOS ANGELES, CA — Coronavirus hospitalizations are up across Los Angeles along with new COVID-19 cases, a troubling trend as community transmission appears to be increasing.

The county is not in immediate danger of hospitals being overwhelmed with coronavirus cases, said the county’s health services director, Dr. Christina Ghaly. However, if the spread of the virus continues to accelerate, it could threaten the availability of intensive-care unit beds, she warned.

What does have health officials concerned about is the climbing percentage of people testing positive for the virus?

The overall percentage of people testing positive over the past seven days has risen to 8.8%, up from 8.4% on Monday and from 5.8% just 11 days ago. The trend would appear to indicate that the virus is spreading in the community. The new cases raised the county’s overall total to 88,512. So far 3,172 Angelenos have died from COVID-19.

County public health director Barbara Ferrer said last week that some of the recent daily reports of more than 2,000 new cases were due in part to backlogs in reporting from select testing labs. But that wasn’t the case Monday when she said the increases are an indication that community spread of the virus is rising.

The bottom line is that Angelenos can expect to come into contact with infectious people routinely while out and about.

Ghaly said Monday an analysis of case figures and estimates has found that roughly one in every 400 Los Angeles County residents is currently “infectious,” meaning they have the virus but are not showing symptoms and have not been formally diagnosed, and thus are not hospitalized or in isolation. Factoring in a margin of error, that number of infectious people could actually range from one in every 200 residents to one in every 750 residents.

“What this means is that Angelenos over the course of a typical day are likely going to interact with a number of people who are potentially infectious,” Ghaly said.

Such a rise was anticipated when the county began reopening businesses about a month ago, leading to more people being out of their homes and interacting with other people. Although no clusters of cases have been specifically linked to recent mass protests against police brutality, Ferrer said it’s highly likely that those marches — many of which included large numbers of people without masks and ignoring social-distancing mandates — sparked more spread of the virus.

Increasing case numbers are often attributed to greater numbers of people being tested, and health officials trying to track the spread of the disease have been more closely watching other key factors such as numbers of hospitalizations, rates of positive tests and the transmission rate — the number of people on average that a coronavirus patient transmits the virus to.

Continued increases in hospitalizations and positivity rates in testing could raise the possibility of the county re-imposing business closures and stricter stay-at-home orders to avoid overwhelming hospitals.

“Public Health will monitor the data closely to see how increases in cases and rates of positivity affect the number of daily hospitalizations over the next few weeks,” according to a statement from the county DPH. “Our collective goal is to prevent an overwhelming surge of COVID-19 cases at health care facilities.”

Officials stressed the need for people to take precautions when venturing out in public — wearing cloth face coverings and maintaining a distance of at least six feet from people outside their own household.

The county on Tuesday also reported a glitch in the online reservation system at area testing sites. According to the county, all available testing appointments this week are full. County officials said the problem was due to the city of Los Angeles switching its online registration system to a new vendor, scaling back the number of testing sites, and blocking out all appointments beyond Wednesday as the change is made.

Health officials said by the end of the day, the county’s testing reservation site will open up appointments at select sits on Saturday, Sunday and Monday.