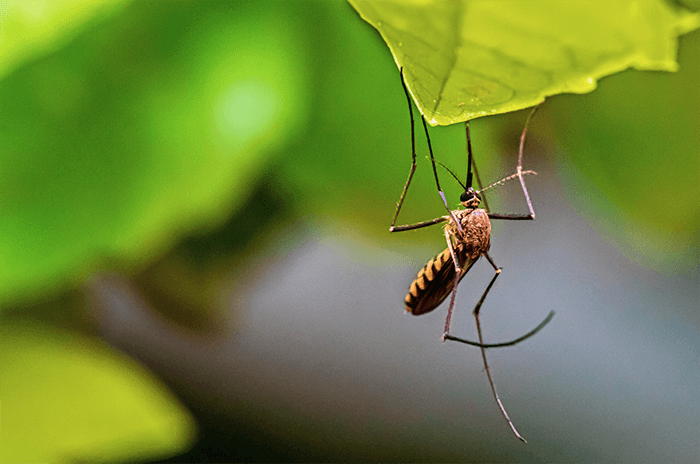 LOS ANGELES, CA — States across the country are beginning to lift stay-at-home orders amid the new coronavirus pandemic. Still, backyards are likely to be busier than ever this summer as Americans take it upon themselves to remain socially distant.

While there aren’t many downsides to spending time in your backyard, where you can sunbathe without judgment and sip on your favorite drink, there is one pesky problem the outdoors can pose — mosquitoes.

Pest control company Orkin recently released its annual list of Top 50 Mosquito Cities, and where you live can play a role in how much backyard time you’ll spend swatting mosquitoes away and dousing yourself in bug spray.

Los Angeles was named No. 2 on this year’s list, just behind Atlanta and ahead of Washington, D.C. Mosquitos must’ve flown back and told all their friends about LA because it’s up 10 spots from last year’s rankings.

To determine this year’s ranking, Orkin looked at the number of mosquito customers served from April 1, 2019, to March 31, 2020. The list includes both residential and commercial treatments.

For the seventh consecutive year, Atlanta is rated as the worst city in the United States for mosquitoes.

Three new cities broke into the list this year as being among the worst for mosquitoes: San Francisco, California; Birmingham, Alabama; and Fort Wayne, Indiana.

Mosquitoes typically become active when temperatures are above 68 degrees Fahrenheit overnight, and breeding season can start as early as May and last through September.

The Climate Prediction Center for the National Oceanic and Atmospheric Administration is forecasting above-average temperatures across the country this spring, as well as above-average precipitation in the central and eastern United States, which can indicate an earlier start to the mosquito season.

Mosquitoes can carry vector-borne diseases such as West Nile virus, Eastern Equine Encephalitis, and Zika. These can be contracted by humans and pets.