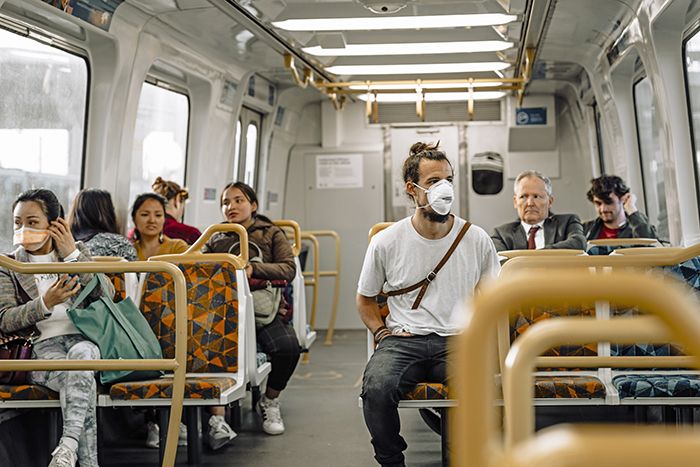 LOS ANGELES, CA — As Los Angeles endured its worst weekend of the pandemic setting new records for coronavirus infections and positive test rates topping 10% for the first time, county leaders and Gov. Gavin News faced criticism for opening up the local economy when they did.

In recent weeks, infections and hospitalizations have spiked among young people in the 18 to 40 age group across Los Angeles County. All the data points to a dramatic spread of the coronavirus within in the community, and health officials are bracing for a spike in hospitalizations and fatalities in the coming weeks.

“In hindsight, I think we probably could have gone slower,” County Supervisor Hilda Solis told the Los Angeles Times, “and I think we’re still learning much about this pandemic because obviously, it’s relentless.”

Other County leaders including supervisors Kathryn Barger and Janice Hahn defended the decision to reopen the economy in May as the death toll topped 2,000 in Los Angeles.

“I do not have any regrets about the speed at which we reopened because I felt we were very deliberate in how we as a county moved that forward,” Barger told the newspaper. “The lessons learned, in hindsight, were we didn’t stress enough that just because we’re reopening doesn’t mean the virus isn’t very much still in the community.”

Barger and Hahn expressed frustration with the limitations of the county’s tracing efforts, which haven’t been effective enough to pinpoint areas of nascent outbreak.

“Gov. Gavin Newsom showed strong leadership on March 19 when he ordered Californians to shelter in place to slow the spread of the COVID-19 virus. When many of his fellow governors were hesitating, Newsom invested political capital in a decision that promised to anger many voters even as it saved thousands of lives. But Newsom put those gains at risk less than two months later when he gave California’s 58 counties too much leeway to decide when to reopen businesses and allow more of the social interaction that spreads the disease,” he wrote. “The heart of this problem was Newsom’s decision on May 8 to allow counties to accelerate the reopening by meeting certain benchmarks. That decision came when the state’s infection rate was not declining and we had little information about how people were getting infected, despite being sheltered in place for 60 days.”

In response to the rapid spread of the coronavirus, some Los Angeles County cities have announced plans to ticket people and businesses that disregard health orders such as mask mandates. Los Angeles and state officials are also considered ramped up enforcement efforts.

In the meantime, Los Angeles County reported another 48 deaths due to COVID-19 Monday, bringing the total number of deaths across the county to 3,534 cases as of Monday. County health officials also announced 1,584 new confirmed cases, bringing the county’s overall number to 116,570 since the beginning of the pandemic.

Over the past seven days, the rate of people testing positive for the illness was 10%, up from about 8.4% last week and above the county’s overall rate of 9% throughout the pandemic, according to the Department of Public Health.

Roughly 50% of all the new cases being confirmed in the county are among residents between the ages of 18-40. Back in April, residents in that age group represented about 10% of coronavirus patients in hospitals, but that figure is now up to about 25%, health officials said.

Recognizing the just-completed Fourth of July weekend and the likelihood of people gathering together despite warnings to the contrary, public health director Barbara Ferrer said carelessness will only slow the process of reopening the economy.

“We are in a new chapter of our response, and unfortunately, where we are today is different from where we were two, three or four weeks ago,” Ferrer said. “Cases are surging, hospitalizations are increasing, and mostly, this is all a reflection of a lot more community spread. All of us — businesses, individuals, and here at the Department of Public Health — we have to be willing to take action quickly as our situation has evolved.

“… To prevent more days with high case counts, we do need to recommit to all of the efforts that are required to slow the spread and to act together,” she said.

“There’s a significant increase in the percent of cases among 18- to 40-year-old residents,” Ferrer said. “… Almost 50% of new cases occur among young people and then, those younger people are spreading the infection to others.”

She also pointed to a dramatic shift in hospitalized patients, a group that had originally been overwhelming aged 65 and older.

Looking to explain the shift, she pointed to data collected by USC researchers showing that the percentage of people who stay home and leave only for essential reasons has dropped dramatically from 86% in April to about 58% now. That has also led to higher percentages of residents coming into contact with people outside their own households. And with more businesses reopened, Ferrer noted that 43% of residents have a job that requires close contact with other people on a daily basis.

“It’s clear that after months of quarantined, combined with the reopening of many sectors in the span of several weeks, we’ve had a lot of people disregard the very practices that allowed us to slow the spread,” Ferrer said. “And unfortunately, this cannot continue. Our inability to follow the most basic infection-control and distancing directives leads to serious illness and even the deaths of people we love and the deaths of those who are loved by others. And the evidence is overwhelmingly clear about the impact.