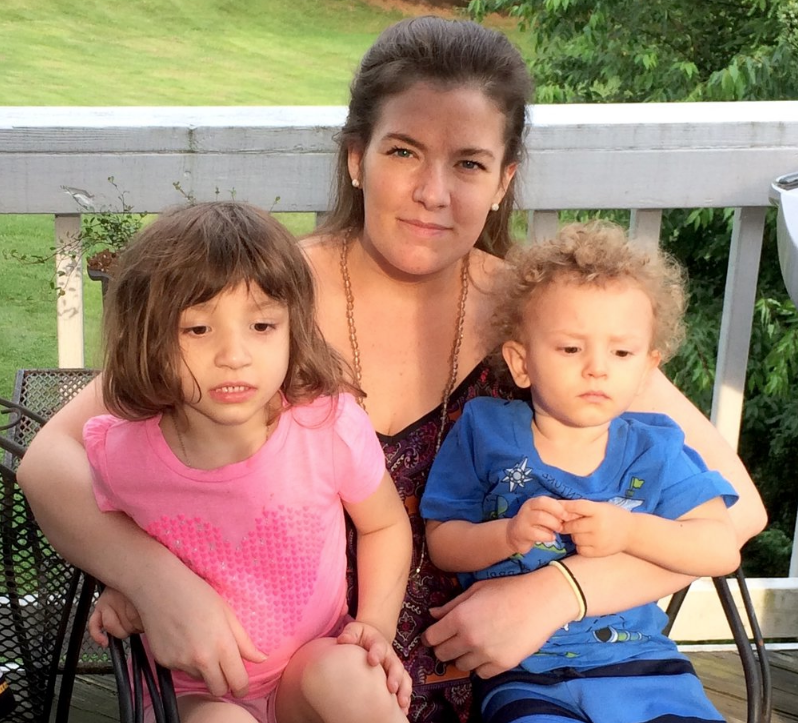 Catherine Hoggle lives in a state psychiatric hospital in Jessup, Maryland while two youngest children out of three are missing. As their mother being charged in September with their murder and is still fighting court battles- keeping her mouth shut of what she did with them after they were last seen alive in 2014.

The court has yet to enter a plea because of her incompetence. “As she sits in the hospital, she is innocent,” says her attorney, David Felsen. Her next hearing date will be in 2018.

Troy Turner, 45, the father of their kids, is convinces that Catherine, 31, is faking the severity of her mental illness to avoid any trial and answers.

“My kids have less rights than she does, and less protections,” says Turner, a time-share sales representative left to raise the oldest child, a 9-year old boy. “She’s protected by the system.”

He is succumbing to the heart wrenching reality of his two older kids, that Sarah and Jacob are no longer alive.

“With more time passing, there is just more evidence that she killed my babies,” he says.

Felsen, Cathorine’s attorney states, “This case deals with a young woman who is in the throes of profound mental health issues. Everybody acknowledges that. The case is the state’s attempt to sanction her for conduct that the state believes occurred. Whether they can prove that or not is a different issue.”

Since 2007, when Turner and Catherine met, they had moved in together and had their first child in 2008, and welcomed their first son.

Stress and tensions arose, but Turner says he saw it as the new stresses of parenthood for them both. Then two more children came: Sarah, in 2010, and Jacob, 2012.

Turner started to notice over the years, Catherine was growing more paranoid.

After episodes of irrational behaviors, from hanging dishes over door knobs to hear people she thought were breaking into their homes, Turner says, Catherine was admitted into a mental facility and diagnosed with schizoaffective disorder, akin to schizophrenia, and symptoms of delusions and mania.

He says she was treated and released with medication.

Turner says “she was my kids’ mom, and my whole thought process was to find the healthiest way to keep her in their lives.”

On Sep. 8, 2014 Turner awoke to find Catherine, Sarah and Jacob all missing.

He held off panic, taking his older son to school, until Catherine later returned the van, saying she’d taken Sarah and Jacob to new child care center. Later in the day, Catherine and Turner drove to pick up the kids, and she was unable to identify where she’d left them.

As Turner became increasingly anxious, and headed to a police station, Catherine asked him to stop at a fast-food restaurant, texted her mother the kids are fine and then soon vanished herself.

She was found wandering the streets days later and taken into custody, with the whereabouts of the children still unknown. She vaguely said that Sarah and Jacob were with the others.

“She maintains that they’re out there somewhere,” says Turner, as he has talked to Catherine by phone several times over the years in the mental health facility.

He says she does not know if she will provide the answers and his shifted focus is evident on his Facebook page, FindSarahFindJacob, has more recently given way to a new page, JusticeForSarahAndJacob.

If you have any information on the whereabouts of Sarah and Jacob Hoggle, call 911 or 1-800-THE LOST.