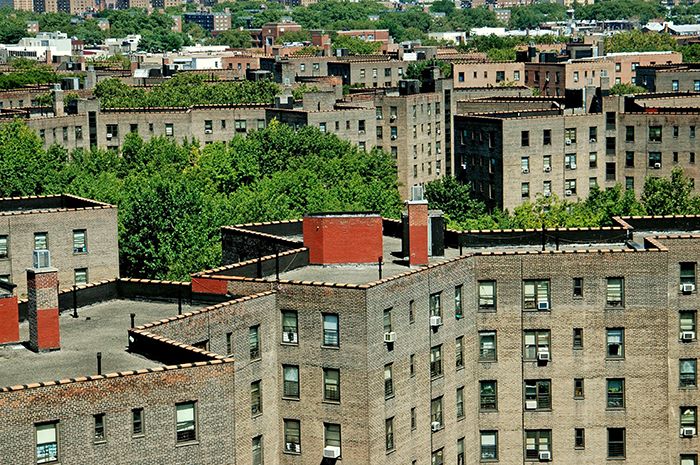 NEW YORK CITY — A wave of evictions could crash down on New York City’s Housing courts — pushing tenants into tight corridors and potentially forcing them into crowded shelters amid a global pandemic — once Gov. Andrew Cuomo’s moratorium ends, advocates fear.

About 50,000 new eviction cases are predicted to be filed after the moratorium lifts on June 20 and, according to The Right to Counsel NYC Coalition’s annual list of New York City’s worst evictors, those evictions are most likely to occur in communities of color.

“I have not seen anyone else except Black and brown people being evicted,” said Randy Dillard of CASA. “Most evictions happen in Black and brown neighborhoods. Half are in The Bronx.”

Housing advocates united Monday to announce the release of the evictors list and to call on New Yorkers to join their efforts to ask New York’s elected officials meet six demands:

Advocates raised troubling concerns about what eviction proceedings could mean for tenants unable to pay rent during the state-mandated stay-at-home order, which began in March and has only just begun its gradual end.

While Cuomo has extended a less powerful moratorium until August, it is only for those who can prove financial hardship caused by the COVID-19 pandemic or qualify for unemployment.

Paralegal Gabriela Malespin fears an onslaught of eviction cases will overwhelm the city’s limited legal services resources and make it more difficult for vulnerable New Yorkers to be represented in court, she said.

And studies show a lawyer’s presence in Housing Court can mean the difference between keeping and leaving your home.

New York City Housing Court saw a spike in legal representation from 1 percent in 2013 to 38 percent in 2019, according to the NYC Office of Civil Justice. During the same timespan, evictions dropped 41 percent.

“What will get worse is a referral to legal services will be really challenged,” Malespin said. “There’s just not enough attorneys in the city to handle the volume.”

But Emily Goldstein, of the Association for Neighborhood & Housing Development, fears safety measures implemented in Housing Court won’t provide sufficient protection against the spread of COVID-19.

“Brooklyn Housing Court is notorious for being so overcrowded even under normal circumstances,” said Goldstein.

“The thought of it makes me shudder, it’s so irresponsible to be forcing people to go there.”