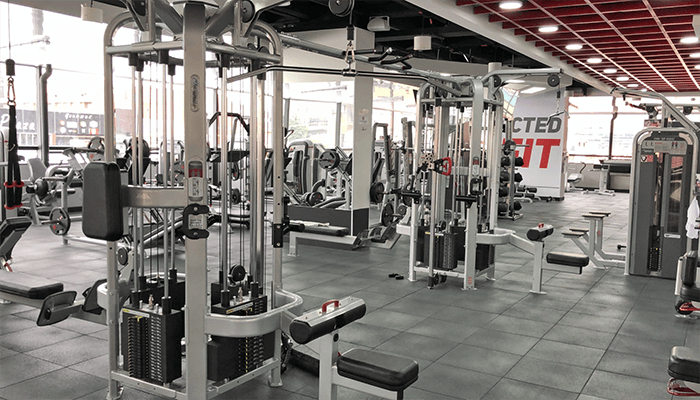 “This is a really really hard topic,” Gimenez said at a virtual news conference of his decision to reopen gyms. “This wasn’t an easy one, because there’s a lot of heavy breathing and sweating going on, and putting particles in the air for many of those strenuous exercises, so we had to be very careful about capacity limits at gyms and the importance of social distancing.”

In other announcements, the mayor said he was keeping county beaches closed for the time being as a countywide curfew remains in effect. He anticipated bars and movie theaters would be able to reopen about a week to 10 days after the rest of Florida and he said the county’s vacation rental plan received approval from the state on Wednesday. He also said he plans to announce the opening of summer camps for children next week.

Florida Gov. Ron DeSantis announced Wednesday he was allowing bars, movie theaters, bowling alleys, tattoo shops, and massage parlors to reopen on Friday in most — but not all of the state — under the second phase of Florida’s reopening from the coronavirus shutdown. Miami-Dade, Broward, and Palm Beach counties were temporarily excluded from the plan.

“Next week we will also open up summer camps for kids with stringent rules to protect against the spread of the virus and make sure that safety always comes first,” Gimenez told reporters.

He said his order on Thursday will also allow wellness centers to open on Monday along with gyms.

“That plan allows no more than 10 people in a vacation home, he said. “Police will crackdown on any parties. We do not want crowds because we know that’s where the virus can spread.”

The mayor praised the decision by Minnesota Attorney General Keith Ellison’s office to upgrade the charge against one Minneapolis police officer and bring charges against three other officers who were present for the police-custody death of George Floyd.

“Justice is on its way to be done. It still has to go through the jury and final verdict, but this is a long-awaited beginning to achieve it,” Gimenez said.

Miami-Dade’s countywide curfew will remain in place from Midnight to 6 a.m. and beaches will remain closed for the time being.

“We plan to continue with that curfew for the time being, and during that time, our beaches will remain closed day and night,” Gimenez said.

The mayor said he is continuing to monitor developments around the country related to the Floyd case and lift the curfew when appropriate to do so. He also defended his decision to shut down the countywide transit system after Saturday’s violent protests in Miami. Seventeen police vehicles were damaged and a Miami police officer suffered a broken hand when she was pelted by a rock.

Miami-Dade County beaches had been scheduled to reopen Monday but that reopening was postponed following Saturday night’s violent protests in Miami.

“That’s a place where people can congregate,” Gimenez said adding many of the same police officers who are on the streets for demonstrations will be needed to enforce social distancing requirements on the beaches.

Gimenez changed the curfew order to begin at midnight following three straight days of peaceful protests in Miami. The curfew ends at 6 a.m. each day.