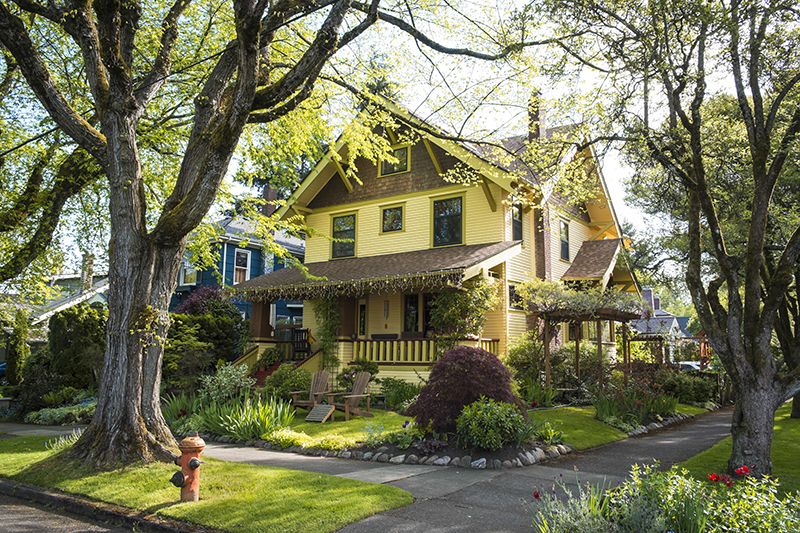 LOS ANGELES, CA – The National Association of Realtors (NAR) estimates that first-time buyers accounted for only 33% total of homebuyers in 2017, a 27-year low. There is probably no coincidence that the increase in single-person households has corresponded with this ongoing reduction in homeownership and a percentage in the total number of households fell to 64.3% in the third quarter of 2017, according to the Commerce Department. Meanwhile, the rental apartment vacancy rates that third quarter stood at 7.4%, and is the lowest it has been since Q1 in 1995. The Local Records Office notes that rents are going up due to rising demands and low vacancy rates, and according to the report nearly half of all U.S. renter households spend more than 30% of their income on housing, while about a quarter spend upwards of 50% of their income on rent in Los Angeles, CA. Two-thirds of millennial buyers consider renting during the same time they shop for a home — and only one out of three seriously consider it.

“We think it’s going to be tough [to build] in primary markets because land is tapped out,” says the Picerne Group’s Massie, already looking into secondary markets for growth.

Nevertheless, the industry sources continue to point towards economic, demographic, and cultural factors that they still believe will energize multi-family demand for several years. The Marcus and Millichap’s Seebee notes that the total housing starts still lag total household formations by nearly 200,000 annually.

The Multi-family true targets are Millenials and empty nesters as Stephanie McCleskey, Axiometric’s VP of Research notes, from 2010 to 2013, 750,000 new renter households formed were age ranges of 55 to 64 years old.

And while 20-somethings still make up for the largest single cohort of renters, the 40-plus crowd now accounts for the majority of all renters, according to a biennial study from the Harvard Joint Center for Housing Studies, and is accentuating the changing face of America’s renters today.

Trend setters are also finding that young, urban socials of mostly Millenials will trade space of close-in location want to live near like-minded people. The industry observers say the common thread that connects these groups is low-maintenance, urban, walkable communities, enhanced by amenities and technologies that create a communal live-work-play experience.

And as more developers are seeing the buzz of an urban center and are leaning more towards walkable, transit-oriented projects, Wendy Dunnam-Tita, AIA, LEED, AP, the Principle for an architecture/engineering firm at Page’s Austin office says “public transportation is changing the way people are buying land for projects in Los Angeles.” Dunnam-Tita further notions “more of our clients are emphasizing a sense of community that will make their projects more desirable.”

Scott Ziegler, an AIA Principal with local design firm Ziegler Cooper describes that much of this activity is being fueled by renters who crave what Ziegler calls “the 20-minute bubble,” where everything they want or need is close by and doesn’t require going onto a highway.

And while many renters aspire to live close to downtown, a significant of prospective renters are in a financially fragile state. With housing options narrowing and more developers and investors are building luxury, with upgraded design features going at $25-$30 /square foot, Bruce Percelay, the Chair of The Mount Vernon company, a Boston-based developer and property manager says he would like to see more rentals being directed for the middle class. “Right now, we’re in a crisis because construction and land prices [militate against] building for the middle class,” he says.

With the micro-apartments coming into play, Ziegler believe that the micro-concept will work because Millenials do not spend a whole lot of time in their apartments. And with location being a key factor influencing people’s decisions to move into smaller unites, according to a new Urban Land Institute report, “The Macro View of Micro Units” was based on an analysis of 400 apartment communities inside 35 metros and responses of 3,500 renters. The study found accessible grocery stores ranks a top priority among people when considering the switch to micro units.

While not everyone is sold on micros, Percelay of Mount Vernon says he is having trouble figuring out the actual savings accrue for the Building Team, and some have their doubts on whether this will catch on nationally.

And with apartments shrinking from 8-10% in last 20 years, the common areas are expanding and becoming designed to start meeting the needs to tenants to gather socially or perform work duties there. These common areas are being equipped with technology needed to facilitate live-work interactions, such as USB ports, dependable Wi-Fi, iCafes, as well as other Web-accessible features. And common areas are being more decked out with more durable furniture and carpeting.

These common spaces are appearing to resemble hotels and resorts in their look and feel and in the services they provide. The quality of the tenants’ amenities is meant for people to actually use and has launched an arms race among property owners, dry cleaning services, to lofts with office space, and private elevators. Rooftop decks, and terraces for mid- and high-rise buildings are now must-haves says Wermers.

One amenity that has undergone significant transition is the fitness center, where tenants gather and socialize. Some building owners are even providing bicycle stations for parking, storage and even parts and repairs.

And pet-friendly owners are accounting from 20 to 90% of the building’s residents. And at minimum, they expect residential animal grooming services and an exclusive recreational area for pets.

With a growing number of tenants and building owners struggling to deal with the ongoing debates of efficacy of technology as an amenity and as a tool to help tenants and property managers lower their respective operational costs; and because technology can change so rapidly, the building teams are struggling with dealing with the next wave of innovations. With a growing number of tenants wanted Internet TV access, there are few property owners ready to cut cable or satellite delivery.

Owners and their building teams are becoming more receptive to the way technology enhances green-attracting Millenials, and are building new innovative ways on how to handle the avalanche of packages cascading into their buildings. With installing on-premises storage lockers being an option, though, only Amazon offers such services with their deliveries.

Last June, the Parcel Pending, an Irvine, Calif.-based startup, had installed its first smart lockers in a test with Shea Properties. When a package is delivered, it is placed inside a locker; the tenant is sent with both a text message and an E-mail of a unique 6-digit access code to open up the locker. Lori Torres, Parcel Pending’s CEO, says her lockers are “courier agnostic.” She calculated that a 300-unit apartment building would need about 50 lockers. The property manager would also need to decide how long to hold a package, and for how much, (if anything), the tenant would be charged for this service.

The “green leases” in apartment building is whereby tenants agree to sustainable practices such and tenants are basically agreeing to following sustainable lifestyle routines, such as recycling, composting and using nearby public transportation.