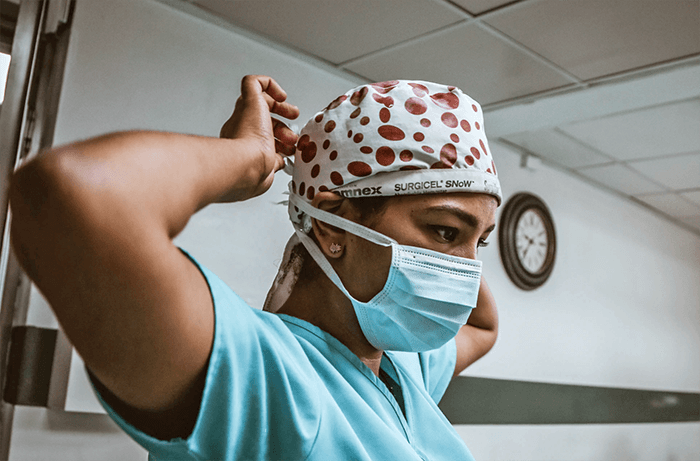 NEW YORK CITY — The number of suspected novel coronavirus hospitalizations rose for the fourth day in a row, but Mayor Bill de Blasio‘s office says it will take another two weeks to determine whether the George Floyd protests caused the virus to resurge.

Dr. Jay Varma, the mayor’s senior public health advisor, estimates it will take two full incubation periods — roughly 20 to 28 days — to determine how the disease spread through the police brutality rallies that broke out May 29.

“I think we are reassured,” Varma said of the daily tracking numbers, all of which remained beneath the state-issued reopening threshold. “But we have to continue to be cautious.”

To remain open, New York City must keep daily COVID-19 hospitalizations beneath 200, the number of intensive care unit patients less than 375, and the percentage of people testing positive less than 15 percent.

The number of people in intensive care units has wavered at about 340 — just 35 below the threshold — for four days, with 339 patients Wednesday, 337 Tuesday, and 341 Monday.

Since the pandemic first began its rapid spread in early March, New York City has seen 205,405 COVID-19 cases, 53,413 hospitalizations, and an estimated 21,993 lives lost (4,693 likely died from COVID-19 but were not tested), according to city data published Thursday.

While it is too soon to draw conclusions, de Blasio expressed cautious optimism that New York City would not see a major spike in the weeks to come, throwing credit to his nightly 8 p.m. curfew for keeping a lot of people indoors.

“I like what I see so far,” de Blasio said. “But the big issue is how Phase 1 is going to impact this … this is the thing to watch.”