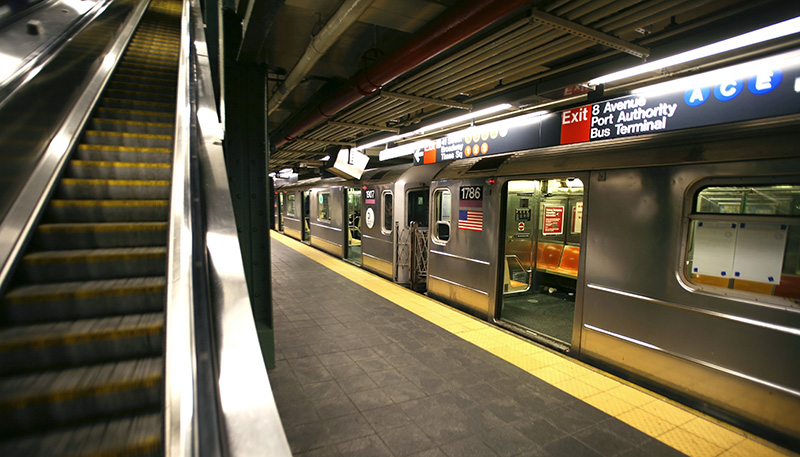 Labor leaders and politicians pressed the transit agency Tuesday to hire more workers to scrub trains at the end of subway lines so straphangers don’t have to ride in filth.

“The MTA has to clean up its act and make subway car cleaning a much greater priority,” Transport Workers Union Local 100 Vice President Nelson Rivera said in a statement. “Riders should not have to ride in disgusting conditions.”

Rivera and others gathered at the Jamaica-179th Street stop at the end of the F line, one of several stations left without any cleaners on the overnight shift, the union says.

We have a ridership that is second to none in terms of volume in this area and it’s a ridiculous effort by the MTA to reduce cleanliness in the system and to remove cleaners from the system,” state Sen. Leroy Comrie, a Democrat who represents an area around the F line terminus, said in a statement.

The transit union has sought to draw attention to the cleaning cuts amid reportedly bitter contract negotiations with the MTA. The union is planning a large Wednesday rally outside the MTA’s Lower Manhattan headquarters to pressure transit officials.