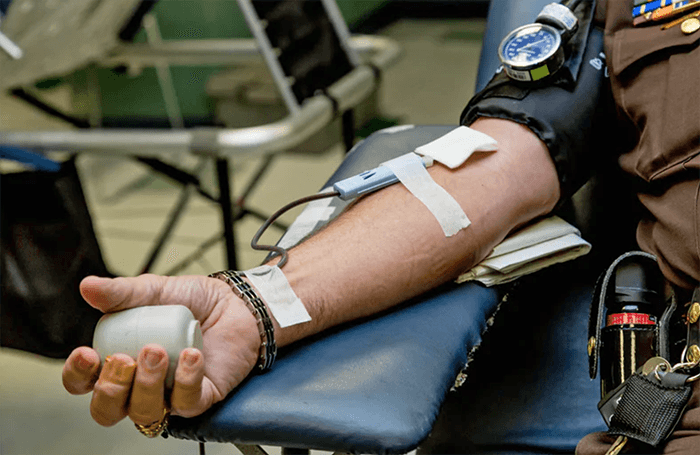 NEW YORK CITY — New York City is running out of donated blood amid the novel coronavirus pandemic, according to Mayor Bill de Blasio.

“We need New Yorkers who can give blood to give blood,” de Blasio urged the city Thursday. “Literally you could help save the life of a New Yorker by giving blood at this crucial moment.”

The New York Blood Center reports its supply became “dangerously low” after donations slowed amid the statewide stay-at-home order meant to slow the spread of COVID-19.

“This crisis, it’s disrupted all the normal blood donation drives,” de Blasio said. “This is a real issue.”

The city has little power beyond issuing pleas for donations as New York’s blood donation system is managed by New York Blood Center, a local nonprofit, and regulated by the U.S. Food and Drug Administration.

The blood shortage spurred the FDA last month to revise guidelines to make more people eligible to donate and shortening the deferral period for men who have sex with men.

Those changes will be implemented by June, according to a New York Blood Center statement.