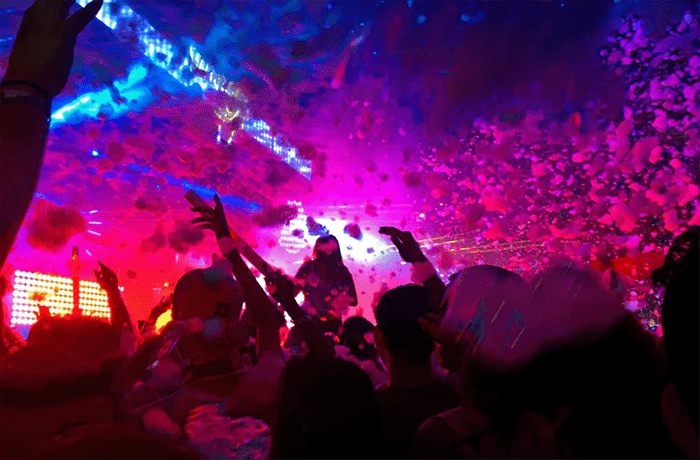 NEW YORK CITY — The newest trend in New York City restaurants could be dining while masked, but it definitely won’t involve a cramped hole-in-the-wall eatery or elbowing your way toward the bar, Mayor Bill de Blasio said Thursday.

“When you think about what we were used to just a few months ago — with restaurants and bars and everyone’s super close together and it’s part of the energy we love about this city — that’s not happening right away, to say the least,” the mayor cautioned New York City.

“It will be here one day, but it will not be soon.”

De Blasio painted a grim picture of the future of nightlife in a New York City plagued by a novel coronavirus and the pressing need to social distance.

The city’s tightly packed restaurants and bars will not be permitted to open without a steadfast plan on how to keep diners safe from the disease, which spreads rapidly when people are held in close quarters, de Blasio said.

There will be “inevitably” restrictions on capacity within restaurants, bars, and nightclubs but regulations on outdoor space might be considered, the mayor said.

“You still need precautions … face coverings, gloves, you know, a number of specifics to make the experience safe,” de Blasio said. “We have to see that that can be done in a workable manner. “

The mayor has formed a panel of advisory groups, consisting of industry leaders and led by a deputy mayor, to help engineer reopening the economy and consider new solutions to these problems, he said.

But reopening cannot occur until Gov. Andrew Cuomo and de Blasio see steady progress in tracking indicators that show no immediate signs of the virus abating soon, both have said.

While neither lawmaker will commit to a specific reopening date, Cuomo Thursday pushed back his stay on evictions until late August, signaling the economy may stay shuttered through the summer.

“This is not a situation where you can go to the American people and say, ‘how many lives are you willing to lose to reopen the economy?'” Cuomo said Thursday. “We don’t want to lose any lives.”

In the meantime, iconic restaurants and bars across the city — among them the Pegu Club, Gotham Bar and Grill and Gimme! Coffee — continue to see closures that could put the industry, and New York’s tourism-led economy, in peril.