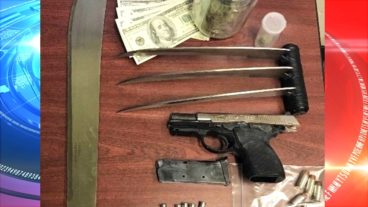 NEW YORK CITY — Cops did not cuff an X-Men mutant this weekend. They just ended up with a set of his claws.

“Let’s start with the obvious,” wrote the NYPD Tuesday. “We did not arrest Wolverine.”

Bronx cops found the wolfish weapon — along with a machete, gun, and drugs — while checking out gunshots reported during a domestic dispute in a Villa Avenue apartment Saturday evening about 5:30 p.m., police said.

The NYPD wrote the incident was proof, “no call our cops respond to is ever routine.”