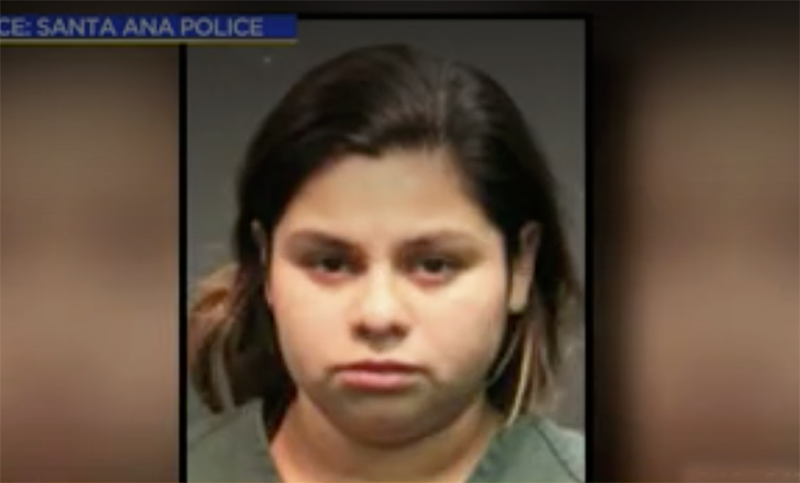 The pregnant mother of four children has been arrested on suspicion of abusing her 13-month-old twins, one of whom is in critical condition.

Sacil Lucero, 26, of Santa Ana, was arrested Sunday after her daughter was taken to UCI Medical Center unresponsive and lifeless.

Lucero first claimed the baby fell in the bathroom, but the girl had major trauma to her head and displayed signs of physical abuse, police said. When detectives from the department’s Special Crimes Unit took over, Lucero admitted to intentionally causing the injuries to her daughter, police said.

Detectives checking on the welfare of Lucero’s other children discovered the girl’s twin brother also had injuries indicating physical abuse. He was taken to Children’s Hospital of Orange County, where doctors discovered a skull fracture and multiple rib fractures.

Lucero allegedly admitted to physically abusing her twins when she discovered she was pregnant.

Two older children appeared unharmed and had no signs of abuse, police said. They were left in the custody of their father.