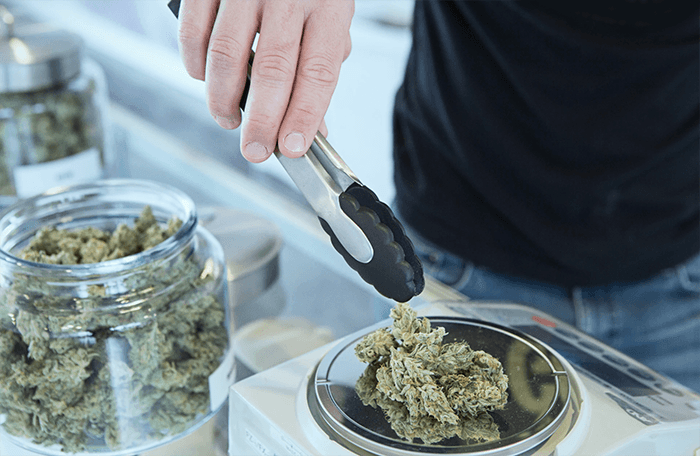 CHICAGO — Illinois residents bought $2.6 million more worth of recreational cannabis products in April than they did in March, state regulators announced Monday. The state’s highest month of non-medical marijuana sales since the first month of legalization coincided with the first full month of Gov. J.B. Pritzker’s statewide stay-at-home order.

Dispensaries sold nearly 819,000 items last month. Customers bought $37.26 million worth of cannabis, with nearly $29.74 million of that purchased by those with Illinois state identification, according to the Illinois Department of Financial and Professional Regulation, or IDFPR.

The order may have had more of an effect on sales to travelers from other states. Out-of-state residents bought over $7.52 million worth of cannabis in April, nearly $1.3 million than the prior month.

All these spending totals do not include the amount cannabis consumers spend in sales and excise taxes, which run somewhere in excess of 25 percent of pre-tax spending, according to previous months’ data from the Illinois Department of Revenue.

Issued in response to the spread of the new coronavirus, the governor’s March 20 order declared the cannabis industry among those businesses considered “essential,” allowing cultivation centers and dispensaries to remain open.

Both recreational and medical sales were included in an effort to ensure adequate cannabis supply for medical patients during the pandemic, according to IDFPR. A slightly modified stay-at-home order has been extended until May 30.

Ahead of the stay-at-home order, the state regulatory agency loosened rules to allow curbside sales to medical marijuana patients. Those rules have also been extended through the end of May. Delivery and off-site sales remain prohibited, and the new rules do not apply to recreational sales.

“Our top priority is to ensure consumers are safe when they go to a dispensary to purchase cannabis,” Toi Hutchinson, Pritzker’s senior advisor for cannabis control, said in a statement. “The steps we’ve taken to increase social distancing at dispensaries are accomplishing that, while also enabling this new industry to continue to grow.”