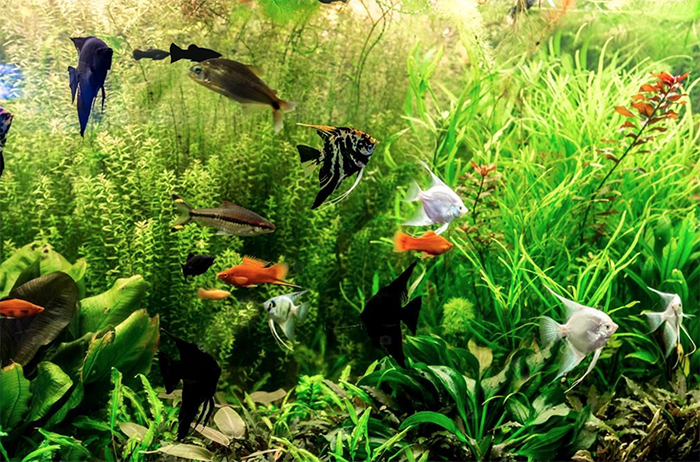 SAN DIEGO, CA — With the exception of a very sharp and long-lived grouper called Harvey, La Jolla’s Birch Aquarium at Scripps has never given names to its sea animals. But many of the creatures have personalities and preferences, and an unprecedented lack of visitors is bringing them to the surface.

For once, the friendly sea turtle has no kids to watch through her tank’s window as she goes through her daily turtle business. The skittish tropical fish, meanwhile, are enjoying their freedom from prying eyes. And the seahorses are using this hiatus to breed like crazy.

These tidbits and more come courtesy of aquarist Michael Rinaudo, who’s on one of two teams of aquarium keepers that are watching over thousands of sea animals during the institute’s ongoing coronavirus closure.

The teams don’t see each other: They work separate days to lower the risk that they all could become sick with the coronavirus. If the pandemic worsens, the aquarists could be directed to move into the aquarium and shut themselves off from the outside world, just like employees at a water plant in Carlsbad are doing.

“It’s a labor of love,” said Rinaudo in an interview. “You take care of these animals. It’s what you signed up for, and it’s important that they’re not abandoned.”

Which animals are most affected by the closure?

The sea turtle is probably the most outgoing of our animals. She’ll spend a lot of time at the window, especially in the morning, looking out to see what’s going on and interacting with people. These days she doesn’t seem as enriched.