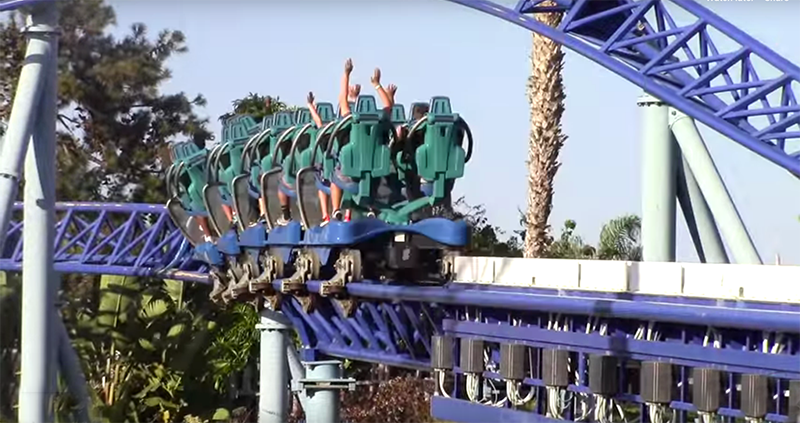 The new attraction, called “Mako” for the shortfin mako sharks, will hit speeds of more than 60 miles per hour, according to the theme park. Climbing to 153 feet with their feet dangling in the air, riders will be suspended at a 45-degree angle at the crown of the ride before plunging down a 143-foot facedown vertical drop.

The ride will include nearly 2,500 feet of track and “floorless” cars that will hold 18 riders in three six-person rows, according to the theme park.

Mako will feature elements of animal conservation focusing on sharks. SeaWorld plans to partner with a shark conservation organization for the ride’s conservation efforts.

The ride is being built by Swiss roller coaster manufacturer Bolliger and Mabillard. The company has built four other roller coasters for SeaWorld since 1997, one in San Antonio and the other three in Orlando.

The ride will be located adjacent to Journey to Atlantis in the southeast corner of the park in an area that is currently a parking lot. Construction on the coaster is expected to begin by the middle of this year, according to SeaWorld officials.