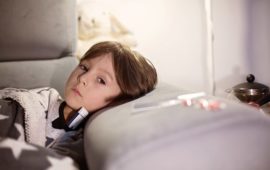 SEATTLE, WA — Several lawsuits were filed against Seattle Children’s Monday in the wake of a persistent mold problem linked to 14 infections and six deaths since 2001. CNN reports one of the three lawsuits was filed on behalf of four families and alleges hospital leadership hid ongoing safety concerns from the public.

According to KOMO News, the lawsuit claims the hospital was aware of air quality issues for more than a decade. The parents of a teenage patient filed a separate lawsuit against the hospital in October.

In November, Children’s closed five operating rooms after traces of Aspergillus were again found in the air during routine tests. Last month’s discovery followed a lengthy mold-related closure in May. The fungus is commonly found in the air we breathe, but it can present serious dangers to those with chronic illnesses or undergoing surgery.

On Nov. 18, the hospital’s CEO disclosed seven recent infections shared similarities to cases seen in the early 2000s and apologized that the hospital had not identified the issue sooner. A majority of the operating rooms on the Seattle campus will remain closed until January while crews work to install new air filtration systems.