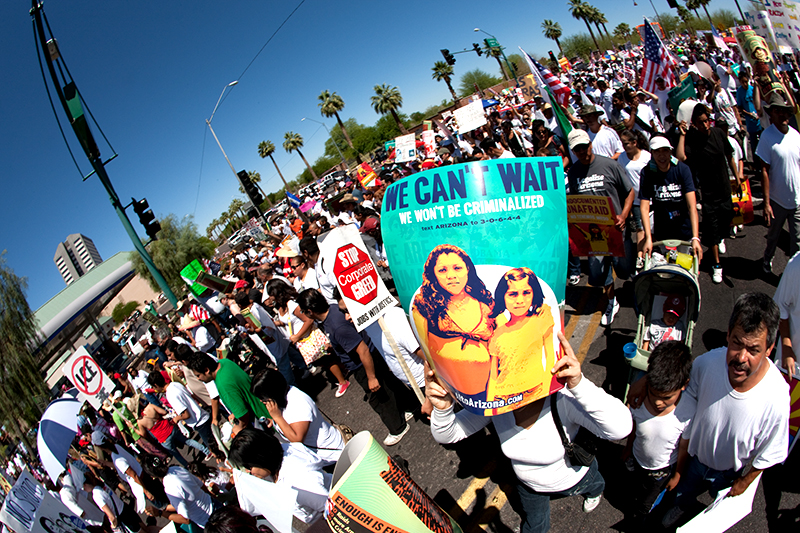 AUSTIN, TX — Immigrants and those advocating for their rights are scheduled to organize a rally at the state Capitol on Monday afternoon, calling for an abolition of anti-immigration policies and curb deportations.

The Fuerza Texas gathering on the north steps of the Capitol is demanding a repeal of SB4, a law championed by Gov. Greg Abbott designed to end so-called “sanctuary cities” seen as too soft on enforcing immigration enforcement. The law added punitive measures to those viewed as too relaxed in terms of enforcement, including fines and potential jail time.

More than 200 immigrant community members and organizations from across the state are expected to be in attendance. Menéndez, Anchia is expected to address the crowd at 3 pm.

Some 10,000 people gathered at the Capitol last July to protest the zero-tolerance immigration policy implemented by Donald Trump, which allows federal immigration officials to separate children from their parents upon crossing the U.S. southern border.

The policy was designed to send a message of “zero tolerance” for undocumented immigration as a deterrent for others planning to make the trek from Latin America to the U.S. The policy has since been lifted amid considerable backlash, but many children now housed in detention centers remain separated from their parents with some families expected to never be reunited again.