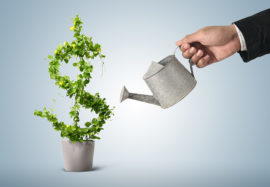 DENVER, CO — The Dr. Justina Ford House in Denver has secured a $150,000 grant as part of the national 2019 Partners in Preservation campaign, officials announced on Wednesday. Justina Ford was Denver’s first African-American female doctor, and the preservation of her home is an important step forward for the city’s black history.

After Ford obtained her medical license and settled in Denver in 1902, she was denied the use of hospitals, so she worked from her home and often made house visits. She was known for helping families who didn’t always have the money to pay for medical care.

Created in 2006, Partners in Preservation is a community-based partnership from National Trust for Historic Preservation and American Express to engage the public in preserving historic places, officials said.

A total of 19 other historic sites participated in the public voting campaign to win a share of $2 million in preservation funding from American Express.

More than 1 million votes were cast online and at on-site events by people across the country in selecting the winners, officials said.

This year’s Partners in Preservation campaign placed special emphasis on historic buildings and sites that celebrate the contributions of women in communities across America to honor the upcoming 100th anniversary of the ratification of the 19th Amendment, guaranteeing women the right to vote.

“We are inspired by the record-high levels of community support and engagement at each of the 20 sites, helping to raise awareness for the contributions women have made to our country,” American Express Foundation President Timothy J. McClimon said in a prepared statement. “The energy of this campaign is exemplified by the top 13 sites, which each play an important role in the story of their local communities. Seeing these communities rally around such vital institutions strengthens our dedication to preserving these special places.”