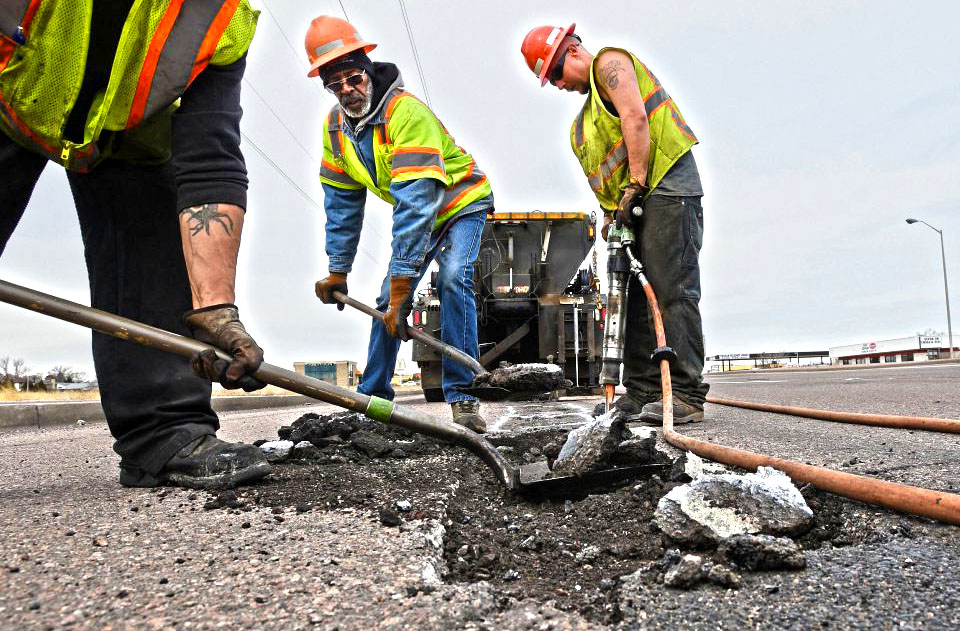 The Knoxville City Council will vote on the city’s largest, ongoing capital project Tuesday when it votes for the 2018 street repaving list.

The council approves the funding for the resurfacing project every year. The list only includes city roads inside the city limits and therefore does not include the pot hole-ridden Interstate 40 or other federal, state and county roads.

The list isn’t necessarily comprised of the worst roads in a given district, but rather has roads listed on a rotating basis in each city council district.

City engineering director Jim Hagerman said even with the cold and wet winter, which is notorious for producing poor road conditions, this year’s reports haven’t been too bad. He said most of the reports he receives come from people complaining about the interstate.

“I think we’ve really hit the sweet spot where stuff like a hard winter (doesn’t mean) the road surface is on the edge of falling apart,” he said.

“We have planned it to where a bad winter doesn’t make it fall apart,” he continued.

In addition to the 49.5 miles of roads to be paved, an agreement between the city and Knoxville Utilities Board stipulates KUB help pay for another handful of miles of paving for roads damaged during KUB utility cuts. This year, KUB will pay for an additional 4.07 miles of resurfacing.

Rogers Group Inc. submitted the lowest bid and was awarded the project. The contract stipulates the work must be done by the end of October. Work is likely to begin sometime in March after the contract has been approved and the weather warms up, Hagerman said.

The city has repaved somewhere between 44-50 miles of roads each of the past eight years and city leaders try to space out the resurfacing equally throughout the six city districts to follow a charter requirement the council approved in the 1980s.

To that end, according to city data, each district has received no fewer than 223 resurfaced miles and no greater than 224 since 1988.

Potholes form when water seeps into the asphalt, freezes, thaws and expands. Recent weather conditions have been “the perfect recipe for potholes,” Tennessee Department of Transportation spokesman Mark Nagi said earlier this month after a rash of cold weather.

Asphalt plants are closed during winter months, so crews have to rely on temporary fixes until spring. TDOT resorts to “cold mix,” which provides a quicker but less effective fix than hot asphalt.

“If drivers hit a pothole and experience damage to their vehicle, they may submit a damage claim. Claims are investigated on a case-by-case basis through the Division of Claims Administration, an agency not associated with TDOT. Investigators review the circumstances, the type and location of the pothole, determine if TDOT had been previously notified of the issue, and if crews had been given a reasonable amount of time to repair the pothole.”