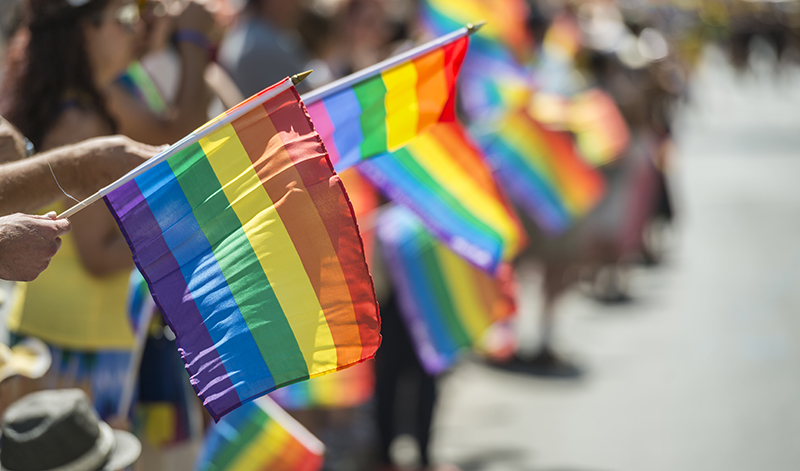 A Trump administration proposal that would essentially end federal recognition of transgender people drew fire Wednesday from New York City advocates and elected officials, some of whom compared it to genocide.

“It’s inhumane, it is cruel, it is discriminatory and shockingly dangerous. It will lead to genocide,” Laura McQuade, the president and CEO of Planned Parenthood of New York City, told a crowd of more than 200 at a rally outside City Hall.

The U.S. Department of Health and Human Services has proposed defining sex as an unchangeable biological characteristic under a federal civil rights law, The New York Times reported Sunday, citing a memo that was drafted last spring.

Under the proposal, one’s sex — male or female — would be determined by one’s genitals at birth and could only be disputed with “reliable genetic evidence,” according to the Times.

The proposal has created confusion and concern in an already difficult climate for transgender and non-binary people, said Sasha Alexander, the director of membership for the Sylvia Rivera Law Project.

While the proposal’s exact impact is still uncertain, Alexander said, all current protections for transgender people remain intact as it is not yet enshrined in the law.

But transgender advocates worry it could affect their ability to access health care, housing and other basic rights. The proposal should also alarm women’s rights groups, advocates said, especially given the fact that it would impact Title IX, the civil rights law governing educational institutions that get federal funding.

The statute is a “serious civil rights point where they’re attacking us,” said Tanya Walker, a co-founder of the New York Transgender Advocacy Group.

“Stop acting like our issues do not intersect. Our issues intersect,” Walker said. “They want to control our bodies, our minds and our gender identities.”

The memo argued for a biological definition of sex that is “grounded in science,” according to the Times. But Assemblyman Richard Gottfried (D-Manhattan) dismissed the policy’s purported scientific basis as “hogwash.”

“That’s at best junk science,” said Gottfried, who chairs the Assembly’s Health Committee. “What it really is is bigotry, and we’re going to defeat it.”

The American Psychological Association also blasted the proposal Wednesday, saying it “fails to recognize decades of scientific research into psychology, genetics and physiology.”

But politicians and advocates said there’s more work to do in the state Legislature, where a proposal to explicitly prohibit gender identity discrimination has gotten stalled in the Republican-controlled state Senate. Some urged concerned New Yorkers to get out and vote in the Nov. 6 midterm elections.