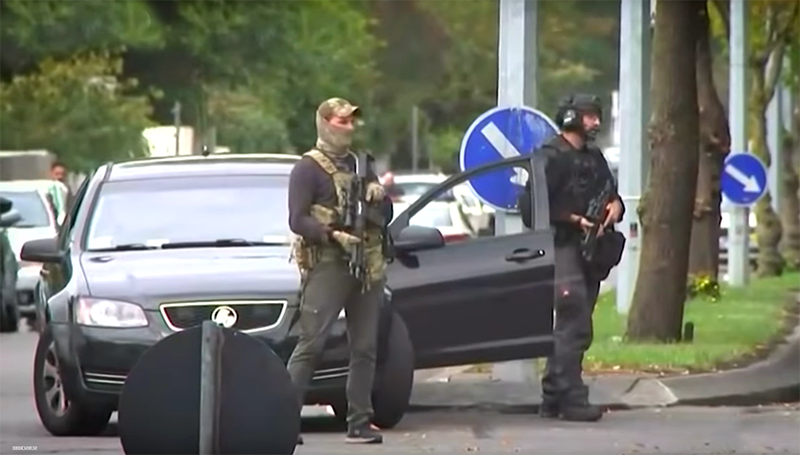 BOSTON, MA —Politicians and communities across the Commonwealth are reacting to the news that 49 people were killed and dozens more were injured in a terrorist attack at two mosques in Christchurch, New Zealand.

Congressman Joe Kennedy, appearing at a Newton St. Patrick’s political roast Friday morning, made a point of recognizing those lost.

“To be here this morning after what we saw break overnight in New Zealand is a poignant reminder [of America’s welcoming immigrant roots],” Kennedy said. “I know we all stand in solidarity with the Muslim community around the world, with those mourning in New Zealand and across the globe.”

Kennedy described the attack in New Zealand at two places of worship as “heartbreaking” to reporters afterward. Early reports indicated that one of the men police have in custody broadcast at least part of it live on social media and, in what appears to be a manifesto, said he was following the example of U.S. extremists.

“It’s a tragedy,” Kennedy said. “I think this administration has an extremely unfortunate history of sowing division rather than trying to tamp it down. I don’t think you can put the actions of any individual at the feet of any politician, I don’t want to say that…… [But] It’s worth the leaders of this country recognizing the fact that our debates here, if not done carefully, are going to have horrifying repercussions around our country and elsewhere.”