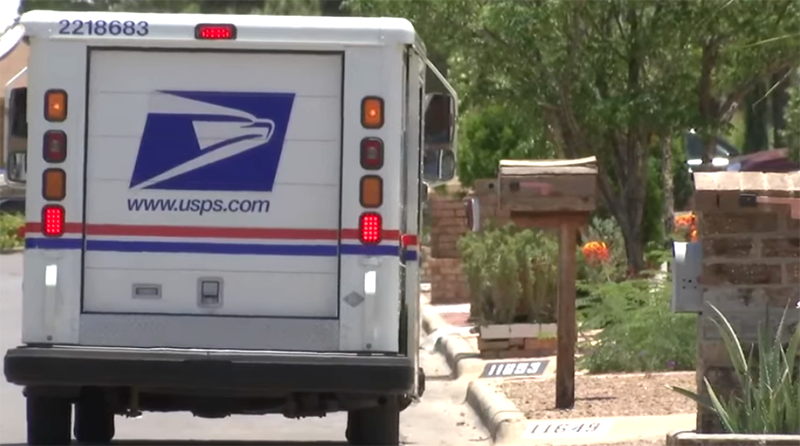 EUCLID, OH — After more than a year of investigation, deliberation and trial, three men have been sentenced for the armed robbery of a mailman in Euclid. The men were trying to steal packages of marijuana being delivered by the postal carrier.

“These defendants put the letter carrier and public at risk with this armed robbery,” U.S. Attorney Justin Herdman said.

Cortez Anderson, 29, of Oakewood Village, will serve more than nine years in prison. Jabar Hogan, 34, of Cleveland, and Roy Malone, 34, of Bedford Heights, will both service about two years. The Department of Justice said a juvenile was also involved in the robbery and will spend three years in a juvenile detention facility.

The robbery happened October 30, 2017, according to court documents. The postal worker was in Euclid when a juvenile pointed a gun at him and told him to “start walking.” The juvenile then grabbed a parcel out of the rear of the mail truck.

Security footage of the incident showed the juvenile drove to the scene in a gray Dodge Charger. The car was owned by Hogan, a worker at the Postal Service’s Processing and Distribution Center on Orange Avenue in Cleveland.

Investigators then discovered, according to court documents, that Anderson had paid Hogan with cash, or marijuana, for information about parcels believed to contain weed. Hogan then sent Anderson the tracking numbers for those packages, so they could be intercepted.

The juvenile was driven to the stolen parcel by Malone, another employee at the Orange Avenue Processing and Distribution Center, according to court documents. Anderson was also in the Charger during the robbery.

The Department of Justice said Anderson sold marijuana and was believed to be associated with the Heartless Felons gang.

US Postal Service Office of Inspector General Special Agent Kenneth Cleevely said the involvement of three postal workers was not a sign of a systemic problem.

“The vast majority of the 600,000 postal employees nationwide are hard-working, trustworthy individuals. However, a few of them decide to violate that trust and use their positions for personal gain,” Cleevely said in a statement. “In this case, these individuals will have several years in federal prison to think about their terrible decision. They have lost their careers, pension, and freedom for a few dollars.”

Cleevely also said that Ohioans can report postal employee criminal activity or drugs being sent in the mail, by contacting www.uspsoig.gov or 888-USPS-OIG.